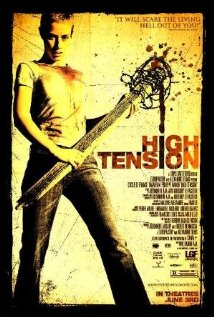 Despite having an imaginative death scene involving a head stuck in a banister meeting an item of heavy furniture, and also a graphic throat slitting – Haute Tension is comparatively light on the gore and violence that is now expected from more recent offerings in the new wave of French extreme cinema. To avoid being misleading, the aforementioned scenes and others do provide plenty to cringe at but they do not form the staple of this fine example of modern European horror film-making.

Haute Tension is a tense psychological stalker movie that uses intrigue and suspense to draw the viewer in and then assaults the senses with brutal killings. There is more to the film than this though, and the plot development which ultimately defines the movie is satisfying and well worked into the story telling. Haute Tension is very definitely a film that is ruined by spoilers, so for those who have yet to see the film this review will be light on details.

The film begins with Marie traveling to stay at her college friend Alexia’s family farm house. As night falls a sadistic killer enters the home and brutally slays its inhabitants apart from the two girls. With Alexia bound in the murderers van, Marie secretes herself on board and the three hit the road. From here the story powers forward with twists and turns towards a fantastic conclusion.

Haute Tension delivers because it doesn’t neglect any aspect of what a good horror movie should contain. It is filled with the atmosphere of dread so excellently honed in the best of the 1970’s slasher movies. There is tension generated by protagonists being stalked – having to hide and keep silent because their lives depend on it. We see the brutality the villain is capable of and the methodical way he goes about it, causing us to fear him more. Yet there are clues throughout the film that on first viewing we do not pay too much attention to, but none-the-less contribute to a subliminal sense that all is not as it seems. Repeated viewing of this film yields an even greater understanding and appreciation of how finely woven the tale really is.

The character of Marie is complex, and it is a shame that to avoid spoilers this review will not delve into those complexities – although I invite discussion in the comments section. Further to this however, she is quite unlike any other female character from the “slasher” genre and with precious little room for originality in horror this was appreciated. A pole apart from the plastic scream queens of Hollywood, Marie alone provides enough interest to keep watching. Add this to the excellent pacing of the film, and you have a horror movie which engages the viewer from start to finish. 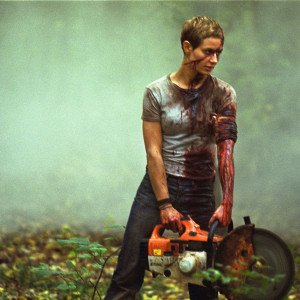 Fans of the genre will love Haute Tension for all the reasons outlined above, but it is also an excellent starting point for those new to extreme cinema or for people who simply do not want the difficult experience of A Serbian Film or Martyrs. Haute Tension is not heavy-going like these films, it is horrific in places but not in a manner that will disturb or upset (unless the viewer is particularly sensitive).

Haute Tension is tense, exciting, shocking and intelligent – it is a “must see” for any aficionado of modern horror cinema and is highly recommended for anyone with a penchant for great films with a darker edge to them. 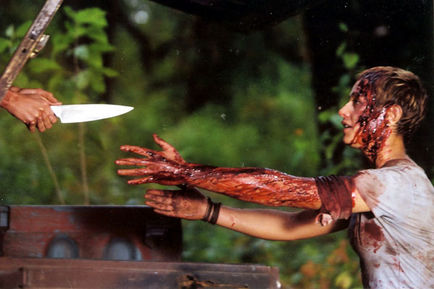 2 thoughts on “Haute Tension (AKA Switchblade Romance, AKA High Tension)”