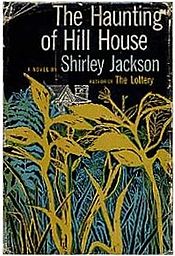 The first 1950’s book I wanted to mention was recommended from Facebook by Zachary Vaudo of the band Witness The Apotheosis. It is The Haunting of Hill House by Shirley Jackson.  Eleanor Vance is a shy loner who has spent the last 11 years taking care of her elderly mother.  One day she receives an invitation from Dr. John Montague to stay in a haunted mansion with other people who have had supernatural experiences. The mansion has gargoyles on the outside and rooms within rooms on the inside. As soon as Eleanor enters the house she starts to hear strange voices and sees ghosts wandering the halls, but despite the supernatural activity, Eleanore feels right at home.

Also written in the 1950s and made into three different movies(The Last Man on Earth in 1964, The Omega Man in 1971 and I Am Legend in 2007) is I Am Legend by Richard Matheson. It was written in 1954 but takes place in the futuristic world of 1976. A plague has wiped out most of the world’s population and those who have survived are now vampires. One man by the name of Robert Neville is immune to the plague but now in a world of vampires he is an outsider and must fight to stay alive.

If your going to mention horror in the 50’s you have to talk about EC comics. EC comics actually got its start in 1944 but 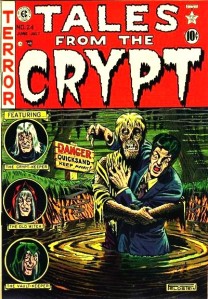 the golden age of horror comics began when EC started publishing Tales From The Crypt, The Vault of Horror and The Haunt of Fear in 1950. Sadly all three books stopped publication in 1955 when the government started to censor comics and the comic companies created the comics code to keep from being shut down. Though there time was short, these three comics made quite an impact on the world. They have been made into 5 movies , a TV series and a cartoon. They also inspired many young  horror writers to start writing such as Stephen King.

All three titles were very similar to each other. with Tales From The Crypt being hosted by the cryptkeeper, the Vault of Horror being hosted by the vault keeper and The Haunt of Fear being hosted by The Old Witch.  The creators of the books were William Gaines and Al Feldstein but several writers and artists brought the books to life. These three comics were very popular but the government, parents and school teachers said that the comics were contributing to illiteracy and juvenile delinquency and they disappeared from newsstands before their time. If you want to know more about EC comic’s battle with the government over censorship check out The Horror, The Horror!: Comic Books the Government Didn’t Want You To Read by Jim Trombetta. 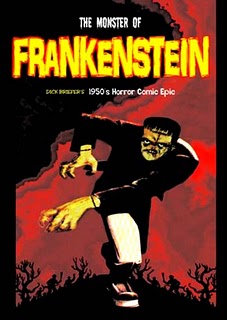 While on the subject of 50’s horror comics I wanted to mention a comic that I never heard of until I was looking up books to talk about for this blog post.  The comic book is The Monster of Frankenstein by Dick Briefer, it ran from 1945 to 1954. When it started in 1945 it was meant for a very young audience but starting in 1952 it tried to follow in EC comics footsteps. It became a disturbing and violent horror comic until it was censored and came to an end in 1954. The comic actually ran monthly in a title called Prize comics. The story followed Frankenstein’s monster as he rampaged through 1930’s New York City and fought with Superheros: The Bulldog, The Black Owl, Green Lama and Dr. Frost.

Going back to novels, set in the 1950’s is Jack Ketchum’s The Girl Next Door. The story follows Meg Loughlin  and her crippled sister Sarah as they move in to a house with a woman named Ruth. Next door lives a boy named David who realizes that Meg is being tortured by Ruth and she is also letting other kids in the neighborhood torture Meg. Will David put an end to the torture or will he just watch and do nothing?