Horror and Dark Fantasy: One and the Same?

The dark fantasy tends to contain literary elements from both the epic fantasy and, as stated at Beyond, a horror story. The dark fantasy plot often involves a quest on the main character’s part, but it is often a quest into darker, more forbidden settings. The hero may or may not have friends or companions on that quest with him/her. The obstacles he/she faces are menacing creatures that you find in many horror stories, creatures such as zombies or evil spirits ready to devour the hero either physically or spiritually. There often tends to be more fairy or folk tale elements in this type of story than in the epic fantasy or horror story. Therefore there may be magical creatures, such as fairies or talking animals that help the hero, and the hero may come from humble beginnings like the hero in the fairy tale often does. Also, the story’s ending is more like that in the fairy tale—a joyful ending where everything turns out good for the hero(es) and they either go on living life as normal as before or better. 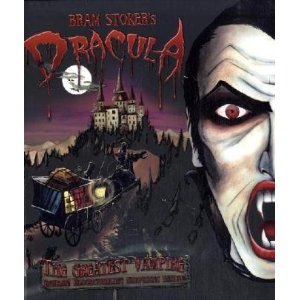 These distinguishing elements between horror and dark fantasy can best be seen if we compare a horror novel such as Dracula with a dark fantasy novel such as Neil Gaiman’s Neverwhere. In Dracula, a young man who can be considered the hero goes on a journey to the evil count’s estate in Transylvania on business. He is imprisoned by the count, and faces many obstacles in his attempt to escape and in doing so is in utmost fear for his life. He finally does escape, but the count follows him home to his native England . It is there where Dracula causes the terror and havoc on not just the hero’s, Jonathan Harker’s, friends and beloved, Mina, but even on the society at large. The horror of this creature is that he can take control of a person’s life and soul in that he can make them into one of the living dead like himself making them have to feed off of innocent people’s blood. He is immortal and undefeatable. He can appear anywhere at anytime, and, unlike in most of the movie adaptations, can even walk about by day under certain circumstances. He can make people come to him over remote distances by merely thinking about it, like he does with Mina. He can change into a bat, wolf or mist. He can even change the appearance of his age from old to young. Jonathan Harker, Mina, and the vampire hunter Dr. Van Helsing, along with others form a kind of expedition to go after Dracula and kill him after the evil count has fled back to his native Transylvania . In this way the basic mythic motifs of the quest and battle against an enemy comes up in this novel. But even though Dracula has become a threat to an entire society, the climaxing battle here is more for an individual’s soul, Mina’s.

Gaiman’s Neverwhere is a story that is actually developed from the basic plot of Lewis Carroll’s Alice in Wonderland. The story mostly takes place at night in the underground ofLondon . Because it’s based on Alice in Wonderland, it’s got a fairy tale quality to it and this kind of otherworld atmosphere, yet it takes place in the subterranean structures of an actual geographical based city. However, this underground world in the novel is a fantastical one in that it is seldom seen by Londoners and is occupied by magical beings and so is an environment of mystery. One of the magical beings is an enchantress who sucks the life source out of people, an element of horror since it is so close to the idea of sucking the soul out of a person and is a more personal threat like what we see in Dracula than a societal one. But the very fact that this hidden society comes out both underground and above at night while the rest of Londoners are sleeping gives the setting a more imaginary, dream-like quality seen in much of high fantasy. The majority of the characters the hero comes in contact with are of magic and mystery, as opposed to the more rational based human characters in Dracula (save for the vampires themselves, of course). One of these characters is a talking rat, a rodent character type often seen in a lot of fairy tales and fables such as The Nutcracker. So the quest inNeverwhere, unlike in Dracula, involves more fantastical characters who help the hero on his journey, and the purpose of the quest is more societal than it is personal. 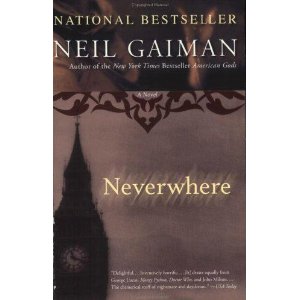 Another high fantasy element in this novel is a giant boar that the heroes must battle in the sewers, a creature used as a dragon type in this story. Likewise, Dracula himself on a more implicit and symbolic level is a dragon figure. In fact, his very name derives from a word associated with dragon. As a dragon figure he is a threat to society. But more importantly he is a hoarder of not only blood but gold like the typical Western dragon is. And, of course, he is a devourer of human blood just as a dragon is the devourer or destroyer of human flesh and lives.

So in comparing these too popular novels, we can see that the distinction between the genres of horror and dark fantasy is that one is more emphasized on the threat of the individual as opposed to a whole society, more specifically the threat to a person’s soul, although dark fantasy can contain that same kind of element. However, there is a more fairy tale quality to the dark fantasy than there is to the horror story since more impossible characters occur, characters like talking and humanized animals such as the talking rat in Gaiman’s novel. In the horror story, the characters are more rational and realistic and the plot, although fantastical in its involving supernatural creatures, consists of more realistic and so more believable events.

Another factor that we shouldn’t overlook is that the distinction between these two genres is also due to the commercial industry’s categorization and marketing of fiction. The majority of book retailers sell their literary merchandise according to popular interests and therefore according to what the majority of customers are going to be looking for in story type. But in order for retailers to do that, and in order for them to consider readers’ preferences, the literary conventions of these story types have to be considered.

So the distinction between the genres of horror and dark fantasy seem to be based on two factors: literary convention and marketing. Yet when looking at the conventions closely between stories of these two subgenres, the distinction seems very blurred because many of these conventions are used to a more or lesser degree in both. What are your thoughts on the differences in these two subgenres? Would you say the two are based more on conventions or more on marketing methods? Are such categorizations more up to the reader than the forces of literary convention and marketing? Are horror and dark fantasy interchangeable terms, or can dark fantasy be considered a mixed genre of horror, high fantasy and even fairy tale elements? Should both just be considered dark fiction and not have any further classifications? Let’s extend this discussion, and so please feel free to leave any answers or other comments!

Steven Rose, Jr. is a journalist and writer of fiction. His non-fiction includes book, television, and movie reviews. His fiction consists of horror and science fiction short stories, although he plans to write novels in the near future. Besides writing, Steven serves as a public relations rep for the Sacramento based network, Sylvanopolis Writers’ Society. For more information about Steven, go to: http://faroutfantastic.blogspot.com/