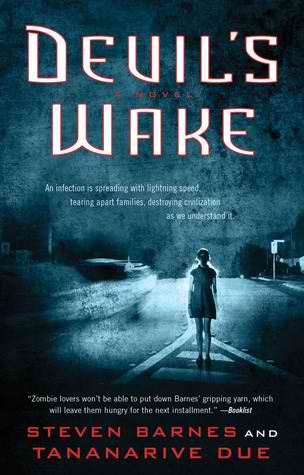 Last Febuary to celebrate Black History Month, I did a post on African-American Horror Writers which you can read by clicking here. Some of the authors in that post included L.A. Banks, Maurice Broaddus, Wrath James White, Brandon Massey, Octavia Butler, Jermiah Jefferson and a few others. Since that post went up I’ve had other authors leave comments so I wanted to expand my list. So if you’re looking for a good read I’m sure you will find something by the authors listed below.

First up, I want to mention Tananarive Due. While Tananarive is primarily looked at as a Science Fiction writer some of her novels can also be looked at as horror. In 2012 Tananarive co-wrote a zombie novel with her husband Steven Barnes.  The book is called Devil’s Wake, its set in a post-apocalyptic future where a school bus full of  young people try to escape the walking dead and human raiders as society crumbles around them. Tananarive Due is also the writer of the African Immortals series which has been compared to Anne Rice’s Vampire chronicles. The storyline is about an Ethiopian sect that traded their humanity to be immortal. 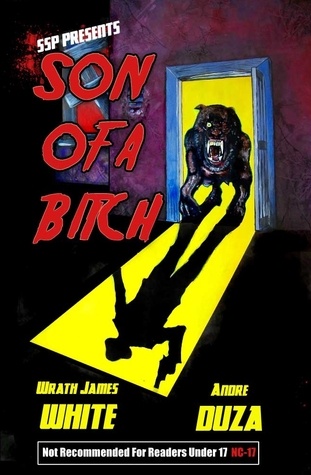 Also I briefly mentioned Andre Duza in my previous post on African-American horror writers. Andre writes hard-core horror mixed with with humor and social commentary. He has written several short stories and novels including Dead Bitch Army about a zombie woman out for revenge after the apocalypse. Another of Andre’s novels is  Jesus Freaks which takes place on Easter morning in 2015. Detective Phillip Makane woke up to a world of bleeding rain, a homicidal ghost and thousands of zombies along with two men with powers claiming to be Jesus.  Andre Duza has also written the hardcore pulp novella about dog fighting and black magic called Son of A Bitch with Wrath James White.

Just recently I heard of another author named Sumiko Saulson. She has written three novels and a collection of short stories called Things That Go Bump In My Head. One of her novels is called  Solitude which is about people who wake up and find they are all alone  in San Francisco. The story follows the characters as they try to figure out what happened as they explore the deserted city. One review I read for this book compared it to Stephen King’s The Stand and The Dark Tower. Another one by Sumiko is The Moon Cried Blood which is about a woman named Leticia who is growing up in Los Angeles in 1975 and has just discovered she comes from a long line of witches.

Getting back to the zombie theme you might want to check out George L. Cook III’s The Dead War Series. There are three books in this series, they are set in the future and tell the tale of an army battling the undead. Some of the reviews on this one say its a fun time and not to read it on a full stomach.

Another author with some good horror titles to her name is L. Marie Wood. Her debut novel is Crescendo: Welcome Home death Awaits. This one is about a man haunted by a family curse. When he dreams, people die and now he has to try to break the curse and keep from going insane. Some of her other works include Caliginy and The Promise Keeper.

Next up is Qwantu Amaru who’s book One Blood won a 2012 international book award, a National Indie Excellence award and several other honors. One Blood tells the story of Lincoln Baker a man in prison who orchestrates the kidnapping of the daughter of the governor of Louisiana. He also  resurrects a family curse which goes back to slavery. This book has received great reviews and has been recommended by Brandon Massey.

Writing more for the young adult audience is A.J. Harper. A.J. started the Night Biters series which is geared towards fans of Harry Potter and Twilight but with much more ethnic diversity and in an urban setting. The story follows 16 year old Jamilah and 14-year-old Omari who arrive in Oakland to live with their aunt and Uncle. They are given a mysterious CD that gives them information about the danger of vampires and they soon became caught up in a street war between vampire gangs.

Another Author that I need to talk about is Tize W. Clark. Tize has been

referred to as the new king of horror. His first novel is called The Maze which is a horrifying journey from the streets of New York to the Mountains of New Mexico and back. Another book by a new author is The Dark Side Of Grace by M.L. Cooper. This is a paranormal romance novel about two lovers that try to uncover the truth about their family’s haunted slave past.

Keeping with newer authors, If you are into short horror fiction check out Afro-American Stories Of Fright From The Old South by Darnell Wright which also comes with a down home southern recipe. If you like psychological horror check out Abstract Murder by A.L. Peck. The description of this one says that if you like Pulp Fiction and Silence of The Lambs then you will want to check this one out. One more independent author that was brought to my attention by Sumiko Saulson is Ron Huston whose first novel is called The Rogue Prophet. This is a classic tale of good versus evil set in a place of worship. I also don’t want to forget to mention J. Malcom Stewart who wrote The Eyes Of The Stars which I have reviewed on this blog.

This is an incomplete list of African-American writers and comes mostly from comments made after my first blog post on the subject. If you’re looking for more authors check out Nerdy girl’s blog post here. If you have anyone else to add, please leave a comment.