Post Mortem Press announces the release of its latest young adult horror novel Santa Muerte written by Cynthia (cina) Pelayo. Pelayo’s Santa Muerte was researched using recent media reports of the escalating drug cartel crimes in Mexico and North America and the suspected involvement of worship to Santa Muerte, a saint-like figure said to provide love, luck, money, and revenge – all at a price. The novel follows a 17-year-old girl living in Chicago, Ariana Molina, who struggles with visions of death while trying to save her father, a Mexican federal investigator, as well as herself from the wrath of the drug cartels and Saint Death. 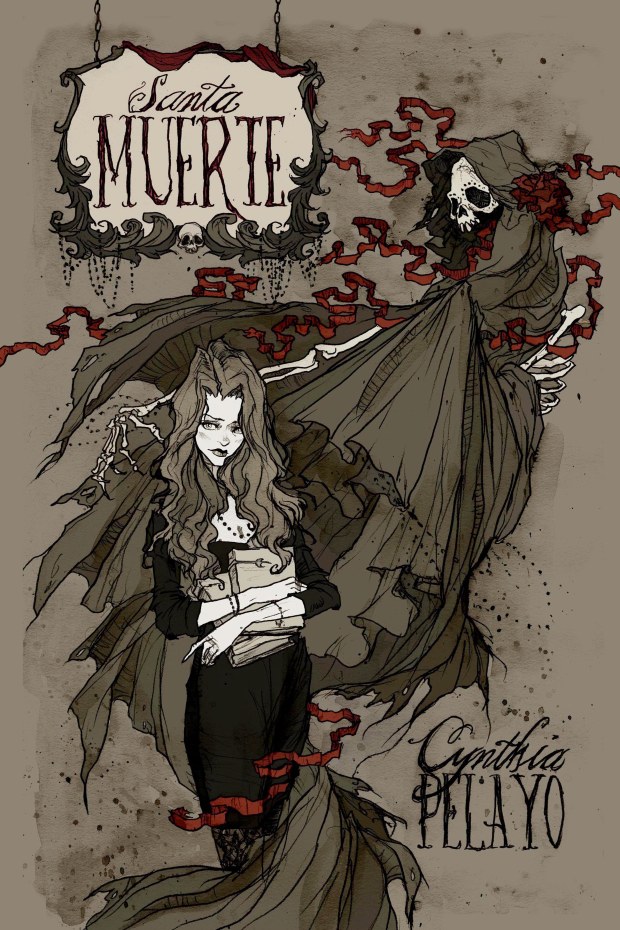 Ariana Molina is a high school student in Chicago and life is quiet until her father, Reynaldo Molina, the lead federal investigator in Mexico targeting criminal organizations arrives on her door step. After her father is involved in a mysterious car accident that leaves one person dead, Ari begins to have visions of a veiled skeletal figure that asks for her father.

Struggling with gruesome ghosts, and being suspicious of suspected gang members that have moved in across the street, Ari soon becomes the target of the drug cartels and their black magic cult of Santa Muerte.

Santa Muerte is available in trade paperback and eBook format via Amazon and other fine on-line retailers.

Cynthia (cina) Pelayo grew up in a haunted house with very superstitious parents in inner city Chicago. She went on to pursue a Master of Fine Art in Writing at The School of the Art Institute of Chicago where she says she majored in the macabre. Pelayo’s short story collection, Loteria, is a collection of 54 short stories that explores Latin American superstition, folklore, legend and myth. She is the Publisher/Gravedigger of Burial Day Books, a boutique horror press. She lives with her husband and two angry shih tzus in the very neighborhood she was raised. She wears black—most of the time—and she stays out of the sun as much as (un)humanly possible.

About Post Mortem Press:
Post Mortem Press has quickly become a powerful voice in the small genre press community. Mixing business acumen with a deep regard for the author, Post Mortem Press has gained the trust and respect of many renowned authors, from F Paul Wilson, Jack Ketchum, Gary Bruanbeck, Tim Waggoner, Michael Arnzen, and Jonathan Maberry, to Harlan Ellison, Joe Hill and Clive Barker. Our goal is provide a showcase for talented authors, affording exposure and opportunity to “get noticed” by the mainstream publishing community.