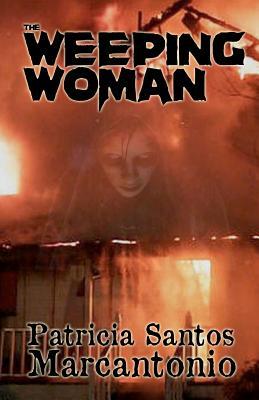 Every culture has their ghost stories and one Mexican legend is the tale of La Llorona, The Weeping Woman. There was once a beautiful woman named Maria who had two children but was never married. She fell in love with a man but he did not want her kids, so Maria drowned them in the river. God punished her by taking away her beauty and leaving her to wander the earth yelling “where is my children.” To this day, kids  scare each other by saying “if you don’t watch out La Llorona will get you.”

This is the legend behind Patricia Santos Marcantonio’s The Weeping Woman. In San Antonio, children are going missing and detective Blue Rodriguez believes someone is copying the story of La Lorona.  Blue is a cop with a tortured past and when she is close to a dead body she has the ability to see what they saw and feel what they felt before they died. The kidnappings are taking place in her old neighborhood and to make matters worse, there is also an arsonist torching the city. Blue gets paired up with FBI agent Daniel Ryan and together they investigate several false leads before they figure out who is kidnapping the children. The kidnapper has powers of her own and has a connection to Blue. Blue has to face down her demons and come to terms with her past in order to save the children from The Weeping Woman.

What really made this book good was the characters, they are all three-dimensional with good back stories. The main theme of The Weeping Woman is that everyone has secrets in their past and even though you may try to hide them, they effect everything you do. The way the author proves her point is by showing how all the characters are all tortured  by their past .

For example, the arsonist wants to burn buildings down but you start to feel sorry for him as you hear why he does it. Also there is a drug dealer and you see how bad he is, but as you get into his background, you understand him and feel for him. Also the reaction he had when he helps lead the detectives to the missing kids, proves he is not all bad. There was also a suspect in the beginning whose last moments are described and you can’t help to feel compassion for him even though he was a bad person. Patricia Santos Marcantonio must have done a lot of research for her characters because they all seemed very real to me. Blue’s abusive mother and the arsonist’s drug addicted sister were excellent characters and I loved how Blues mother reacts when Blue stands up to her.

The only thing I didn’t like about the book was that there was a love story between two characters that I thought was out-of-place. I felt it slowed things down and there was already a good love story between Blue, her sister and their aunt. There were several sub plots in the story and Patricia does a great job weaving them together. There is also a point about loosing faith and getting it back again that I liked.  The Weeping Woman is an excellent tale that masterfully combines horror and mystery. The characters are great and the story line is like a Criminal Minds episode geared towards a horror fan. If you like a mystery with a paranormal twist, check this one out.

4 thoughts on “The Weeping Woman”