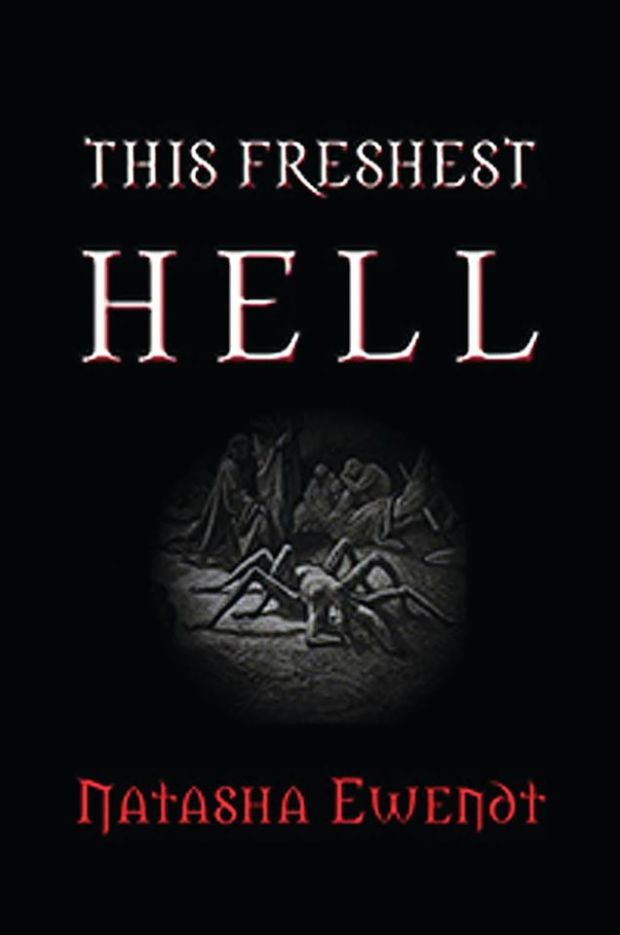 Most people know what its like to feel like an outcast at some point in their life. Lily knows all to well what its like to not fit in but all of that changes when she’s getting harassed by bullies and Maggie the new girl in town comes to her rescue.  Now Lily finally has someone to relate to and is no longer alone in the world. Together they struggle against bullies, rebel against society’s rules and reject anything normal.

Also they share a love of alternative music, have psychic abilities and have both been scarred by a traumatic past.  One of them wants revenge on the person that tormented her and One night the two girls perform a  sinister spell that will bring them the power to get revenge on anyone that has harmed them.  Their desires are fulfilled and they become vampires with an unstoppable blood lust.

This Freshest Hell by Natasha Ewendt is like two books in one. The first part covers about 12 years in  Maggie and Lily’s life and the second part is their life as vampires.  I enjoyed how this book is set up, I related to  Maggie and Lily and didn’t mind that there wasn’t much action right away because I was so into their story.  I enjoyed hearing the girls philosophy on life and how they try to find peace of mind. I can’t say they are trying to find happiness because only one of them seems to be looking for it. One sad part of the book had one of the characters in an abusive relationship saying that she thought she could be normal but it wasn’t possible. Another favorite scene in the book was when Maggie witnesses a bully tormenting an autistic child. She runs to his rescue, kicks the bully to the ground ,as the bully starts to rise  she stares him down while the autistic child runs away. Despite these girls being looked at as freaks by society they are compassionate to others and I found myself rooting for them.

Because the first part of the book made you care so much about these characters it made the part where they became vampires that much better. the two of them change personalities, learn to hunt humans and you see their relationship dissolve as they become creatures of the night. Lily’s first kill was chilling as you see her try to keep her humanity and not give in to her blood lust. Another one was when Maggie gives one of her victims the most gruesome death imaginable. I also loved the description of the mansion the vampires live in which is on an island out in the ocean.

My only complaint about this book was that I would have liked more information on the three ancient vampires that Lily and Maggie live with. What we hear about them is intriguing but I would have liked to learn more. I also thought more time should have been spent on the creature that created the vampires.  I think the main idea for this book though wasn’t that this is a vampire novel but instead it was a book about two girls finding their way in life and Natasha Ewendt did a good job of getting the point across. This Freshest Kill shows that books about vampires will never get old as long as they can make you care about the characters.