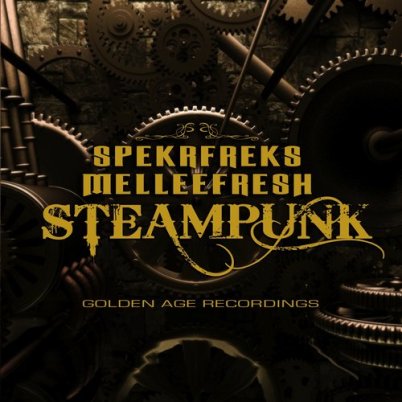 Over the last few weeks in the horror addicts email box we have heard from some great bands that have new songs out. The Spekrfreks have recently released a new song called Steampunk. This is an electronica song that reminds you of steam machines, vaudevillian showgirls, outlaws, and top-secret technology. A full album will soon be available from Golden Age Recordings. You can listen to the song here:

Spekerfreks also did the theme song for horroraddicts season 1 through 3. To find out more about them check out their website at: http://www.spekrfreks.com/

Another song that we recently got turned onto is from Videogram. This song promotes a retro horror soundtrack project and is called Camp Blood.  This is a tribute to the iconic Friday the 13th series, the track is a sort of “nudge nudge, wink wink” to fellow horror fans and a mix of the disco theme of Part 3 and Michael Jackson‘s Thriller. The song has been digitally released through Bandcamp, itunes and youtube. Here is the video:

For more information on Videogram check out their website: http://videogramswe.blogspot.com/

Another band we recently heard from via Starwave records is Misaruka. Misaruka is a Japanese rock band with a new release called The Butterfly Effect.  Here is a video from them:

To find out more visit their facebook page: https://www.facebook.com/misarukaofficial