What is the plot of your book: Mail Horror Bride?

From Russia, With Love…

How do you destroy your enemy? Go for the heart, then take over the brain.
The Z1219 virus, created by Russia’s most skilled scientists, is the deadliest biological weapon in history. Harbored in the human bloodstream, it remains undetected until detonated. Once detonated, the host becomes a walking corpse with only one goal: Eat everyone.
And now it is in America, packaged in the mail order brides the Russians shipped over to destroy us all.
With the disease now running rampant and no cure yet discovered, it is every uninfected person for himself.
Homes are destroyed and the families inside them torn apart. Relationships can help or hurt as those left uninfected discover they are not entirely untouched by the disease.
Follow a group of strangers as they struggle to do anything necessary to survive without losing their humanity in the process. Some will win this challenge. Most will lose.
It’s a new world and the zombies aren’t the only monsters. They’re just the easiest to recognize in a country gone horribly wrong.

What was the inspiration behind the book?

I was sick in bed during the 2013/14 New Year’s marathon of The Walking Dead and happened upon it while flipping through channels. I instantly became addicted to the show and the whole zombie apocalypse scenario. When the season ended and I found myself going through withdrawal, I decided to create my own zombie apocalypse. Like the show, I wanted to focus more on the survivors than just the blood and guts of zombie slaying. Unlike the show, I wanted it known right away how the virus started.
The Russian mail order bride scenario came about because it seemed the easiest way another country could get the virus over here undetected. Thousands of these women enter the country every year. It was easy to see them as the perfect carrier. And to my knowledge, the idea hasn’t been done. I like offering something new.

What was the hardest part of writing Mail Horror Bride? 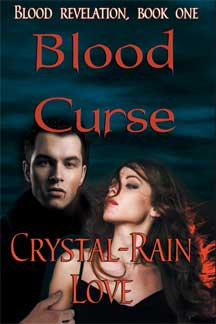 This was actually the easiest book I’ve written. I am used to writing books with only one or two main characters so when you get stuck, you get really good and stuck. Since there were so many different characters I could play with in this one, I never got stuck. Some scenes may have been tricky but they didn’t truly stump me. I was able to have so many different viewpoints, so many characters with different traits, and have them start out at different locations. it was a lot of fun, especially since this genre gives you license to create some really twisted characters. From the very start I wanted to make a series that readers could find themselves asking “Ok, who’s really the monster here?” The only thing I can even think of that was a bit hard was just keeping track of the time frames and where each character was at. They started separate, in different locations, then slowly joined together into one big group. While switching between the little groups forming I had to constantly keep how much time had passed for them in my head, along with what state were they in and what direction were they headed in now. Oh, and hair color. There were a few times I’d forget who was blonde and who was brunette among the younger girls, and had to go back and check.

What draws you to horror writing?
I share a birthday with the master of horror writing, Stephen King, and I think I share a bit of his demented mind as well. I have the craziest, most frightening dreams. Sometimes the things that happen in them cause me to wake up covered in cold sweat and shaking with fear and nausea.
I’ve always been drawn to anything supernatural, which makes horror writing all the more appealing. Even when writing romance novels under my real name, I tend to generally write darker story lines than you find in traditional romance. It just happens that way.

How long would you survive the zombie apocalypse? 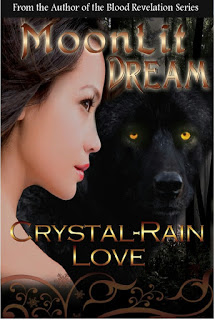 According to every online quiz I’ve taken, I’d be the last one standing. I’ve never shot a gun but I think I’d learn easy. I could slice and dice, which I think is safer in a world filled with monsters attracted to noise anyway. I’m not much of a runner, but neither are the zombies (unless you’re talking Dawn of the Dead zombies, then I’m totally screwed), and I’m pretty low maintenance so living without electricity and all that wouldn’t faze me too much. I’m already very suspicious of people and don’t need a bunch of friends (Quality over quantity!) so I’d be smart about people. My outdoorsman skills and my upbeat attitude would help me live. Upbeat in a zombie apocalypse? Yep, I said that. Put me in a world where I don’t have to work or listen to people gripe about politics and I’m a happy camper. Gotta kill some zombies to live like that? No problem.

If you had to battle a horde of zombies who would be your dream team fighting next to you?
Daryl Dixon, Rick Grimes, Michonne, Glen Rhee, Dean Winchester, Sam Winchester, Blade. The Avengers. And from my own book: Raven Bleu.

What else have you written?
I write paranormal romance and contemporary romance under my real name, Crystal-Rain Love. Mail Horror Bride was my debut under the Raymond Lee pen name. I started with romance as it was the easiest genre to break into. The traditional publishers of that genre have always been great about helping new authors know exactly what to do, and generally taking on more authors. Now that I’ve got a nice backlist going in that genre, and self-publishing has become easier, I finally branched out into the genre I’ve adored since my childhood, which was spent reading Stephen King.
Do you have any other books coming out?
The second book in the One Nation Under Zombies series is planned for March. I plan on getting the third out by year’s end.