This week’s Nightmare Fuel takes a look at werewolves.  We all know the legends, people cursed or blessed with the ability to change into a wolf every full moon.  They are portrayed as heroes, villains, victims and heartthrobs in books, television, and movies.  What if there is more to them than just what we see and read?  What if they, in fact, actually existed?

In 1936, Mark Schackelman was driving on a highway in Wisconsin that ran past a believed Native American burial ground when he saw someone digging and pulled over for a peek. He described what he saw that day as a large man covered in hair with long limbs, opposable thumbs, and a face that was a cross between a dog and ape.  This modern day sighting ended up being the first of many in the same general area, with the majority occurring along Bray Road.  This creature is known by some as The Dogman, but most people refer to it as the Beast of Bray Road. Sightings of these creatures are not limited to just Wisconsin, having also been reported in Minnesota, California, Pennsylvania, and Illinois among other states.

Do werewolves exist, or are they all mistaken identity or hysteria?  With reports of these creatures as recent as 2014 and the amount of animal species still being discovered, who is to say? The next time you hear an animal in the backyard messing with your trash cans or scratching at the door, be sure to flash a light outside first.  It may be your dog asking to be let in or a hungry raccoon, but, then again, it might just be something larger and more frightening. 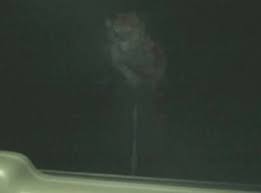