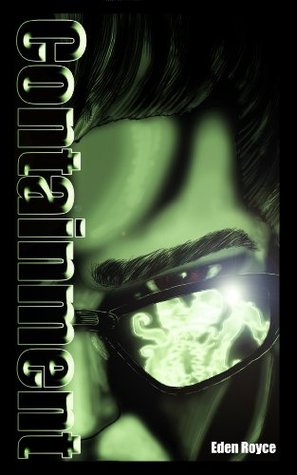 Life is different in the late 22nd century. We’ve had wars, drones watch all of our movements and ghosts are used as a power source. When someone dies their spirit is taken to a containment unit where for eternity their energy is used in place of fossil fuels to light up the city of Charlotte. One of the workers at the Spectral power containment facility is a devil-human hybrid named Feast. Feast is a rare breed and different form most people in the city. He has had his run ins with the city and the dead seem to be more attracted to him than anyone else.

Feast doesn’t necessarily agree with the way the city is run but goes along with it because he appreciates the benefits he gets from working for the city. All of that changes when Feast has to help bring down a powerful entity that has the ability to make you see your worst fears or your greatest desires. Feast starts to see that he is more than he thought he was, but it might not be enough to keep him from becoming a ghost trapped in the containment unit.

Containment by Eden Royce is a book that hooked me right away. The concept of ghosts being used as a power source in the future is an original idea unlike anything I’ve read before. I also love how the book starts off, Eden makes you feel compassion for Feast as you hear what he thinks about the ghosts trapped in the Containment unit. Feast has a sense of hopelessness, he sees what happens to spirits when they die and knows everyone ends up in the same horrible space. You also sees how he lives in a society where there is little freedom.

Despite what looks like a bleak existence for  Feast he is still grateful for many things, he likes the benefits from his job and he talks with the ghosts in the containment unit despite being a little freaked out by them. He may not like how things are but he doesn’t see everything as bad either. One of my favorite parts of this book was when Feast tells how he thinks we should live life and later says that the ghosts in the containment unit are not the only ghosts there are. Feast is a fascinating character and the descriptions of the world he lives in are equally as interesting.

Another thing I like about this book is how the story is told. In the beginning the story seems deceptively simple. As the plot moves along its like Eden is adding more layers to the story. There is a lot going on in this book which leads me to my one complaint, its short. From reading Containment you get the impression that it is part of a much bigger story and there are unanswered questions. On a positive note there is a sequel to Containment available so I’m hoping that this becomes a series. Containment is a beautifully written story that shows that there are a lot of original story ideas out there.