Linda D. Addison is the award-winning author of four collections including How To Recognize A Demon Has Become Your Friend. She is the first African-American recipient of the HWA Bram Stoker Award® and has published over 300 poems, stories and articles. Linda is part of 7 Magpies, a film project involving 7 black female horror authors & filmmakers based on the old nursery rhyme. Catch her latest work in the upcoming anthology Scary Out There (Simon Schuster). Linda was kind enough recently to answer a few questions about winning the Stoker and her work in general:

How did it feel being the first Black Bram Stoker award winner?

LA: It was mind-blowing experience (to quote a cliche). I literally was so excited to be on the final ballot with people who were my heroes that it didn’t occur to me that I would actually win. The awards were in New York City so my mother came up from Philly for the awards banquet. It was amazing to receive it and have my mother there (she passed in 2009). She was my biggest supporter and it meant everything to me for her to see this great honoring. I could barely speak. I did get it together enough to make my mother stand up and wave to everyone. It’s one of my happiest memories.

I didn’t realize then that I was the first Black award winner until someone bought it up and I looked back at the history of HWA Bram Stoker winners. One awesome thing that came out of winning was that my high school, Germantown HS, in Philadelphia asked me to speak at a graduation.

For what did you win the award for?

LA: I received the HWA Bram Stoker award® for “Consumed, Reduced to Beautiful Grey Ashes”, a poetry collection published by Space & Time, with an introduction by one of my favorite authors, Charlee Jacob and cover by Colleen Crary, interior illustrations by Marge Simon.

When it came out I had the first book signing set for Sept 11, 2001 in Rockefeller Center in NYC. Yes, that day! I had the book propped up on my desk at my day job as a software developer. When that day came to an end I couldn’t even look at the cover. The first poem is called ‘Fire/Fight’, which I write years before 9/11 but suddenly was too relevant.

As NYC and I tried to find a new normal after the Towers were destroyed I slowly returned to my book. I was interviewed a couple of times about the book title and opening poem.

What is it about?

LA: It’s a poetry collection I put together around the concept of transformation after destruction. There are three sections titled: Things Gone Bad, In Between, Transformation. The poems cover many kinds of loss and transformation, for example: a mother mourning a lost child, a lover loss of self, a revengeful lover, even a human losing their soul to a Voodoo Goddess.

What other stories have you received nominations for?

LA: After “Consumed, Reduced to Beautiful Grey Ashes” I was nominated for two collections that I wrote alone and won for both: “Being

A collaborative collection, “Dark Duet” of music inspired poetry written with Stephen M. Wilson, published by Necon E-Books 2012, was on the final ballot. This was a very special collection for me. Stephen approached me with the project and I was excited to work with him because he did poetry that made shapes on the page and I wanted to try something different. We worked seamlessly together and I’m extremely proud of this book. Unfortunately, Stephen died from cancer in 2013.

My fourth HWA Bram Stoker award® was received in 2014 for “Four Elements” with Charlee Jacob, Marge Simon & Rain Graves, published by Bad Moon Book. The book has four sections for the four elements, Earth, Fire, Water and Air. Each of us picked an element, mine was Air which I wrote as a person who travels through time and space. I’ve known the other authors for years and it was a great honor working with them to create this collection.

LA: I would say I’ve spent my whole life making up fairy tales, poetry, etc. I started writing to see myself in print when I was in high school. I had a couple of poems published in my high school magazine. Once I got out of college I started seriously submitting work (and collecting a good number of rejections), eventually the rejections became acceptances around 1994.

What inspires you to write?

LA: Everything around me, the news, my past, my hopes for the future, all the positive and negative things that humans do to each other and the planet. I moved from NYC in 2014 to Arizona and went from a city kid to being surrounded by mountains and nature. The mountains  and desert have an overall settling effect on me which help me focus.

What advice would you give other writers? 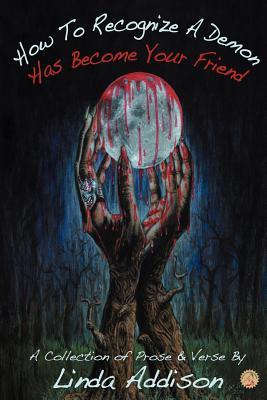 LA: Write, write, write. Write every day, even if only for a few minutes. I believe most writing happens in our subconscious so if we sit down each day the subconscious gets to know, ‘ah so I can show up now’ and it will pour out what it’s been mulling over.

Know that even when you’re not putting words on paper/computer you’re writing. Living is writing. Everything we do feeds creativity, even in the most un-obvious ways.

Don’t edit while writing first draft, just get it out. This is a rule I often struggle with because I know the quality I want, but I also know it’s important to write it from beginning to end and the editor mind doesn’t help that for me.

Read (all kinds of writing, even the kind you don’t do), listen to music, go to art shows. There is such energy from creating and it’s important to feed all the senses.

Once your work is as good as you can make it Send It Out! Don’t spend time wondering if it will be accepted or not, just get it out the house and start something new. If it comes back and you can make it better, do it. If you can’t make it better, Send It Out anyway. We writers are not the best judge of our work. For sure, your writing will get better the more you write, not necessarily rewriting the same piece.

What are some books that you have available?

LA: All of the books I mentioned above are available as print and/or eBooks. The links are on my website.

What are you working on now?

LA: I had a story, “Twice, At Once, Separated”, published in the first Dark Matter anthology years ago, that I’m developing into a SF novel. The novel is a new form for me and I’m learning a lot about writing while tackling it.

The end of last year I started writing daily twitter poems (which also show up on my FaceBook page) just to get my poetry fix in each day. I write them with very little editing because I didn’t want to get off the novel track, but I really needed to get some poetry writing in.

Folks can check my site for updates on work that will be coming out this year, like poetry I will have in the upcoming “Scary Out There” horror anthology for young adults (Simon Schuster) edited by Jonathan Maberry, including work by fantastic authors like R.L. Stine, Joyce Carol Oates, Christopher Golden, Lucy Snyder, Marge Simon, Nancy Holder and others.

I’m attending several events this year (see my site) and I will have work in the WHC 2016 souvenir anthology as well as teaching a poetry workshop at StokerCon.

Where can people find you online?

One thought on “Linda Addison On Winning A Bram Stoker Award”