What is your story for episode 135 about?

The story is a sample of a longer work titled For Sale or Rent, available on Amazon. It’s about a house that never seems to be lived in for very long and seems to go on the market every few months, but this time, nothing about the sale is normal, including the new owners. No sooner has the for sale sign come down and the neighborhood is thrown into a Lovecraftian nightmare and the only way out is to attend the house-warming party.

I began writing in grade school, initially just journaling with a few stories here and there. In high school, I wrote what would become the first draft of my first novel, NEMESIS.

What are your favorite topics to write about?

Ultimately it depends on my mood, and which pseudonym I’m writing as that day. I enjoy writing vampire horror, Lovecraftian horror, and hard-boiled occult noir mysteries. Sometimes I even write how-to and training documentation. It would be hard to pin my favorite into one category. 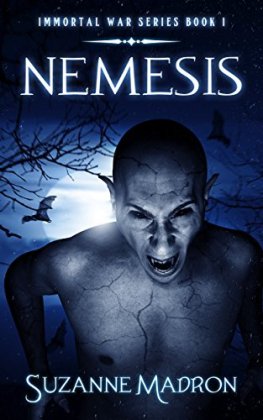 Who or what inspires you?

Everyday life inspires me quite often. In For Sale or Rent, it was our neighbor’s house across the street, which was on the market a lot over the years until they moved in and fixed the place up.

What do you find fascinating about the horror genre?

The ever-present glimmer of hope – usually. In some more recent horror stories, I’ve noticed a trend of no hope and no end to the nightmares. In older horror stories, there was always hope at the end, and if not a happy ending, at least a temporary reprieve until the next battle between good and evil.

Could you tell us about the Immortal War series?

The Immortal War Series starts off in three books dealing with the events before, during, and after a war that would become known as the Immortal War. NEMESIS is the first book, and we meet the main characters. Somewhere in the blood and violence

is apparently a love story, or so I’m told. In the second book, LAMIA, we learn more about our main characters and what makes them tick. When the Immortal War begins, we discover how it began. By the third book, THE TOWER, twenty years have passed and the Immortal War has ended. To give more details would be to ruin the surprise.
The fourth book in the series is a break from the initial books in that SCYLLA is more young adult horror, the fear is very much based in human monsters rather than those of legend.

What are some of the other books you have available?

For Sale or Rent, The Cat with Cthulhu Eyes, Apocrypha of the Apocalypse, and Love Notes are all available on Amazon. Other books (written as James Glass) include The Murdered Metatron, The Dispossessed, and The Vampire of Plum Run.

One thought on “An Interview With Suzanne Madron”