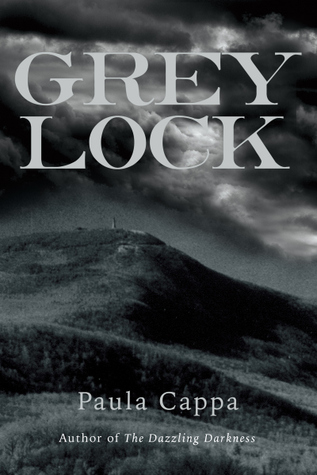 Alexei Georg was born to be a famous musician, his father was a pianist and Alexei’s only desire was to follow in his footsteps. Alexei has created a name for himself by writing and performing a sonata called October. At least that’s what people believe, Alexei has a dark secret. He found the sonata in an old 19th century Russian sea chest. When he performs it a dark creature appears and stalks him and now his career is going downhill.

To make matters worse Alexei is having an affair and his wife has been murdered with the evidence pointing to him. In order to revive his career Alexei plans to write a symphony based on the songs of the beluga whales while in isolation on Mt. Greylock. Though even alone on the mountain he can’t escape the creature that he has brought into the world or the accusations of murder. Alexei must face the darkness he has unleashed or it could use him as a conduit forever.

Greylock by Paula Cappa is a supernatural murder mystery where mythology and music create a dark mood. The music itself is like a character and what and how something is being played has an effect on everyone else in the book. It’s through the music that evil gets unleashed, but it’s also how Alexei expresses his emotions. Music is his life and it’s what makes him happy, even if some think he is not really that good at it. Alexei is a complicated character, at first I found I didn’t like him because he is having an affair, talks about murdering his wife and he is lying about the music he creates. Though as you get to know him you see him as someone who wants to live up to the family legacy and is willing to do anything to do so. This is a need that’s easy to relate to. By the end of the book you see a very different Alexei then you see a the beginning and its the character’s transformation that makes the book memorable.

Another thing I liked about Greylock was how the mystery unfolds. there are two different mysteries going on at the same time and in the case of the murder mystery there were times in the story where I was pretty sure that three different people were the murderer but I was wrong each time. This was enough to hold my interest throughout and the other mystery of who the dark entity is was just as compelling.

Greylock is not your average horror novel, it’s more personal. There is no over the top violence but you see Alexei deal with such personal horrors as abandonment, betrayal, wanting something he can’t have, his own insecurities as a musician and his need for fame. On a smaller level we also see the other characters in the book deal with the same issues and see what different paths their choices lead them in. Greylock is the kind of book you may have to read twice to catch all the subtle details, it’s about creating a mood and not in your face like some horror is. If you enjoy a good supernatural mystery then you should check it out.