Sarah Michelle Gellar is not only a scream queen but a cult icon.  She has made several amazing horror movies, as well as stared in the revolutionary, Buffy the Vampire Slayer, as Buffy herself.  She will always be my favorite scream queen, and here’s why.

She made the jump from television horror to movie horror

Most scream queens stick to the big screen, but not Sarah.  She was fighting off baddies and things that go bump in the night for over seven years, twenty years ago.  While she was filming Buffy, she jumped right into Scream 2, playing a side character who met an untimely death.  Once, Buffy, the Vampire Slayer ran its natural course, she jumped right into The Grudge and stared in multiple horror movies since then.

She is a female icon

Each Character is completely different

From Buffy to Karen, every character she plays is original, strong, and incites fear.

Thanks for reading guys!  This is just my opinion, and whether you disagree or agree, I would love to hear your thoughts or who your favorite scream queen is.  Take Care. 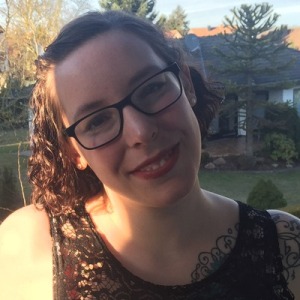 Kenzie is a young author who strives to create truly scary stories. Kenzie has been obsessed with the horror genre for as long as she’s been able to read. She has written numerous short stories as well as working on a novel.  She can be found watching horror movies with her pup. To find out more, go to: kenziekordic.com, twitter.com/kenziekordic, or facebook.com/kenziekordic.