RESIDUE – “With a sharp script, an entertaining story, and solid performances from the cast, MANY CONSIDER THIS TO BE THE MOST UNDERRATED HORROR FILM OF 2017″ – Carter Lee – Inquistr.com

Special Theatrical Screening at THE SEATTLE CRYPTICON CONVENTION May 5th

‘RESIDUE’ tells the story of private investigator Luke Harding (James Clayton) who reads a book of sinister origins owned by seedy crime lord Mr. Fairweather (Matt Frewer). Unbeknownst to Luke, the book is a much sought after supernatural artifact and Fairweather’s greatest rival, the enigmatic Mr. Lamont (William B. Davis) begins pursuit of Luke with his most trusted henchmen Boston & Jacob (Michael Matic, Costas Mandylor). While the criminal underworld is desperate to retrieve the book and harness its power for their own dark agendas, it’s evil begins to take root in Luke’s apartment; putting himself, his daughter (Taylor Hickson) and his secret love Monica (Elysia Rotaru) in a fight for their lives… and their eternal souls.

Rusty Nixon adds, “IndustryWorks is giving us that rare opportunity to make our dream film. Residue is everything I’ve ever wanted to do.”

‘RESIDUE’ is the first feature film in a three-part franchise. Motorcycle Boy Productions plan to go into production in 2018 with the second installment of this trilogy.

All cast are available for interviews upon request. 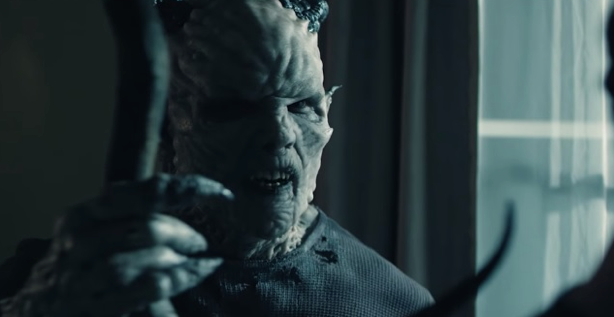