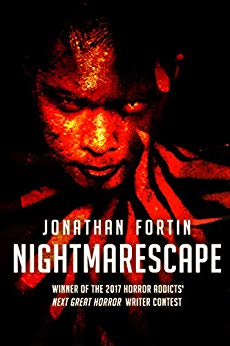 Bliss is a city of nightmares, and all Grace wants is to get her daughter out.

Years ago, the residents of Bliss discovered that their nightmares were becoming real. Ever since, the city has steadily transformed into a surreal, twisted hellscape. Massive walls trap the residents in with bloodthirsty monsters and indescribable terrors. No one knows if it’s even possible to escape alive.

Grace, an African-American mother, spends her days searching for a way out of the city to give her daughter Sam a chance at a real future. But when Sam is kidnapped by a shadow from their past, mother and daughter alike are forced to face their greatest fears.