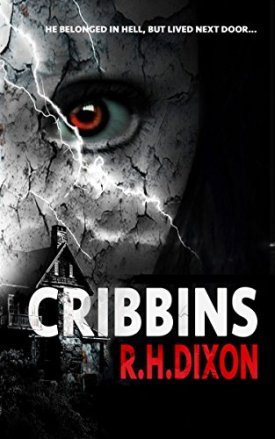 Writing this review was a real struggle or me.  I usually don’t like to write reviews heavy on the negative, nor do I like sitting on the fence.  At the same time, I felt this book was worth talking about.  For all the negative, there is a great deal of positive to be mentioned as well.

I’ll address the cons up front since most of them are at the start of the book – I almost gave up reading in Chapter 2, but I would have missed out on the better parts that followed.

The first thing that struck me was that there was too much exposition in the opening chapter, to the point of being repetitive.  I think this was presented this way to bring focus to the protagonist’s, Sophie Harrington, medical predicament, but it didn’t work for me.  I found it actually detracted from the introduction of Sophie even though the idea was interesting.  Character development was far better in Chapter 2, exploring the Sophie’s background and her relationship with her family, but the pacing was slow and it was done at the expense of story development.  This picks up in Chapter 3.

Normally I give a few small editing issues a pass as long as the story is good, but there were enough editing issues in this book that I found it distracting and I have a fairly high tolerance.

The other thing that bothered me was contrasting language – lofty language in some places where simpler language would have worked better, followed soon after by slang which added a sense of discord, and accompanied by awkward metaphors.  It felt forced and I much preferred the parts later in the book where the writing felt more natural.

With those out of the way, here are the reasons you *should* read this book.

First of all, it has a really Interesting story concept.  A supernatural, malevolent neighbour who is the cause of the protagonist’s autoimmunity seemed refreshingly novel. It’s what intrigued me about the book, why I agreed to review it, and why I kept reading past Chapter 2.

Secondly, and one of the stronger points in its favour, this story has realistic, well-rounded characters.  Sophie, her parents, her daughter, her coworkers – they’re all perfectly believable and outside the expected stereotypes.

And the two points that would probably appeal most horror fans, the villain is effectively creepy, once he is introduced, and there is a good use of psychological horror rather than relying on gore.  Some scenes are quite claustrophobic, lending an effective sense of being followed and then trapped.  I can honestly say I was scared in places.

In conclusion, if you are willing to look past the flaws in the beginning, this is a story worth reading.  I’d rate in 2.5 stars with a strong leaning towards 3 or 4 later in the book.

One thought on “Book Review: Cribbins by H. R. Dixon”