David Leinweber is a historian with over 25 years of experience in the college classroom. He has published numerous articles, reviews, essays, and academic reference works 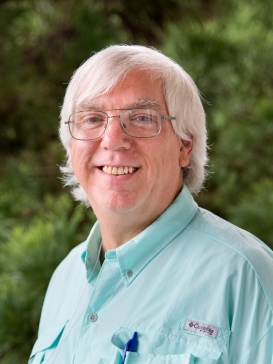 (including works on folklore, the occult, mythology, magic, and religion.) Dr. Leinweber is also a lifelong guitarist and pianist whose music has been featured in numerous venues, ranging from festivals and clubs to television, radio, theaters, and art galleries.

David is an amazing professor and an accomplished musician. We spoke of horror, inspiration, and the legacy of Dracula.

NTK:  Welcome to Chilling Chat, David. Thank you for chatting with me today. Could you tell us about A Song of Dracula? What is it about?

DL: A Song of Dracula is a romantic musical, loosely based on the classic 1897 novel by Bram Stoker, and also Jane Eyre.  It features a collection of original spooky songs, along with a few tavern singalongs.

It is about a young girl named Madeleine who arrives as a governess at a great estate in England, like Jane Eyre.  There is a romantic interest with the head of the estate (also like Jane Eyre).  However, witchcraft, vampirism, and a ghost enter into the story.  I really wanted it not to be gory or sensationalistic, however—no hissing or blood.  It’s a romantic story.

NTK: What inspired you to write this musical?

DL: Well, I’ve been a lifelong horror fan, especially of the old Victorian novels like Carmilla and Dracula, as well as the classic horror films.  I wanted this to be a production that evoked the romance and the historical/geographical settings of the old films, especially Hammer Films.  I also wanted it to be something that could range in targeted audiences from adult theater groups to community or high-school productions.

Interestingly, the word vampire does not appear in the story, though it’s obvious that is what is going on.

NTK: How much research went into A Song of Dracula? Did you try to incorporate songs appropriate to the time period?

DL: I would say that the play/musical reflects my long interest in horror, romance and gothic lit, if not flat-out research.  I did try to evoke spooky songs that have the spirit of a gothic estate.  There are also some tavern tunes that would be good for sailors or other port-city type characters right out of central casting (Laughs.)  However, I think the songs could be interpreted in a number of different ways.  I mostly envision them as spooky, romantic ballads.  But several could be done in a range of styles, including a few that could be hard-rock with electric guitar, and a light show.  I think a lot would depend on the director’s ideas.  For me, though, it’s a romantic Victorian gothic story, first and foremost.

NTK:  What do you think the attraction to Dracula is? Why does he have such a lasting legacy? 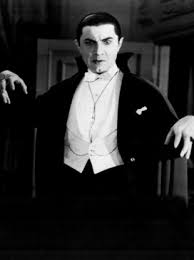 DL: Great question.  I certainly think one could point to the classic psychological themes, like the fear of death, or subliminal sexual desires.  I also think that a good vampire story often has a folklore quality to it, and evokes a sense of being bound in time.  I sometimes think the classic elements of the Dracula tale don’t appear as much in vampire stories of the present-day when so many film studios want to update the classic elements.  Call it cliche if you want, but some of the classic horror tropes were very powerful and we should try to transmit them to the next generation.

NTK:  How did you discover horror? How old were you?

DL: Pretty young.  There was a guy on TV in Detroit when I was a kid called Sir Graves Ghastly—a Saturday matinee movie host who came out of a coffin hosted old horror movies, told bad horror jokes, read kids’ birthday cards, and all that.  I used to watch him every Saturday.  I remember all the “House of” horror movies he showed, which were truly classics, among many others.  I also was a big Dark Shadows fan, though pretty young at the time.

NTK: Do you have a favorite horror film?

DL: Another great question.  Hard to answer though (Laughs.)  I actually like some of the quiet, spooky films like Let’s Scare Jessica to Death.  But I think the Hammer films are my favorite, especially the three horror films they did that were loosely based on Carmilla—The Vampire Lovers, To Love a Vampire.  There was something special about the horror films of the late sixties and early seventies—it was still the hippie era, with all the creativity and mood that came out of it.  The fact that there were Drive-in Movies back then also created a big demand for lots of movies.  They weren’t all exactly Citizen Kane or The Godfather, but they were usually pretty fun to watch, and often surprisingly good.  That was also before Star Wars came out, which changed Hollywood into more of a Blockbuster mindset and the tasteful little movies, including B films and Drive-in Movie titles, became less common.

NTK: As a musician, did you find these soundtracks inspiring?

DL: Yes, a lot of those films had fine soundtracks.  The film I mentioned Let’s Scare Jessica to Death, in particular, had a really distinct soundtrack— quiet piano and flutes and guitar lines that really created that sense of loneliness, haunted locales, and, towards the end, isolation and fear.  That soundtrack really gave that sense of going back in time.  The Hammer Film, Lust for a Vampire, also had a really strange, very ‘sixties’ sounding tune—“Strange Love.”  It’s almost comical to watch it today because it can seem dated and out of place in the film, but it was actually a pretty eerie musical effect.

NTK: Who do you think portrayed the best Dracula?

DL: Of course, I like the Lugosi and Lee Draculas.  But Lon Chaney also did a good job and John Carradine.  But a sometimes underrated and/or less noted version was the Frank Langella 1979 Dracula, a very fine production.

NTK:  Do you have a favorite horror novel?

DL: Well, I guess the obvious choices would be Dracula and Carmilla.  But beyond those two classics, I remember that Stephen King’s Salem’s Lot really scared the heck out of me when I first read it, along with the 1979 miniseries.  When I was a kid, I used to read a lot of the cheap paperback horror novels, too, though I don’t have time for that anymore and I’m not sure if there is as big a market for them as there used to be.  Horror novels were kind of like horror movies.  They made a lot of them, which meant that there were often some quite good ones mixed in with others that weren’t’ so good, but it was always fun to read through the find the gems.

DL: Another great question.  Well, I certainly can see how the folklore had its roots—all the classic fears of premature burial, blood-borne diseases, or wasting away.  I also think the classic vampire motif that mixes terrible fear with desire is very powerful, for everybody.

And yes, I do think there are people who could be considered vampiric.  Not sure I want to give any names (Laughs.)  I think there are people who have a way of draining your energy and vitality.  They get stronger and richer, while you get weaker, more uncertain, and lose your zest for life.  But I guess the most classic vampire is a romantic attraction, and sometimes even kind of tragic and sad in the way they kill what they love.

NTK: David, what does the future hold for A Song of Dracula? Where can Horror Addicts see the musical? And, do you have any other upcoming horror projects?

DL: Well, I’m really hoping to have a good theater production do the musical.  Of course,

I’d even love to have it turned into a film.  But first and foremost, it’s a theatrical production.  I’m still working on finding the right theater to debut the show, but hopefully soon.  I also enjoy writing ghost songs and am compiling a list of ghost songs to release as a song cycle.  My song “Daphne,” about the Kate Jackson character Daphne Harridge on Dark Shadows, remains my favorite song and it was the ghost song I wrote that got me the most inspired along these musical and storytelling lines.  Kate Jackson loves the song, which was encouraging.

NTK: Thank you so much for joining me, David. It’s not often we gain insight from an awesome educator like yourself.

DL: Thanks again for your interest in my musical and thoughts about horror.