Garrett Rowlan is a retired sub teacher for LAUSD. 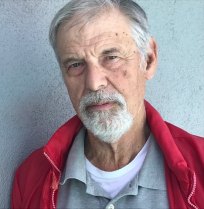 His novel To Die, To Sleep was published by James Ward Kirk.

1.) How old were you when you first discovered horror?

Around the age of six, I saw Creature from the Black Lagoon and it scared me, and later Blood of Dracula. I viewed many horror movies at the Park Theater on Figueroa Street in Los Angeles. It is now a 99-cent store.

2.) What author has influenced you most?

James Joyce, Thomas Pynchon were two influences in my early 20’s. George Orwell in high school. In later years, I found much to ponder in the work of Jorge Luis Borges.

3.) What inspired you to write your piece, “Go Gently?”

When I was a kid, we meanly joked that all old people be killed off; now that I’m old, that doesn’t seem so funny.

4.) How much control do you exert over your characters? Do they have free will?

In longer fiction, my characters have some free will. In short fiction they are, as Nabakov once said, “galley slaves.”

All kinds of music, but ambient isolationism (Thomas Koner, Eno, etc.) is the best.

6.) Where do you find inspiration?

Riding the bus around LA, going to movies, I find lots to see and ponder.

7.) What is your favorite horror novel? 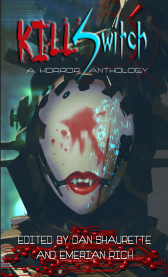 The Haunting, the original black and white. Saw it on the night I graduated from junior high.

I don’t watch TV much. No cable or streaming access. I used to love The Twilight Zone and The Outer Limits.

10.) What does the future hold for you? What do we have to look forward to?

My novel, Too Solid Flesh Melts, was just published by Alban Lake and The Vampire Circus is due to be published this year–or next?–by Barking Rain Press. Also, I will have two stories in The Best of The Moon. And, another story will be published in the inaugural issue of All Worlds Wayfarer.