What better way to spend our time on lockdown but by discovering new music? Artists all over the world have been doing live streams, living room concerts, and performing special acoustic tunes. I’ve found some amazing new artists like Tami Neilson, Devon Gilfillian, and Ida Mae as well as hearing some of my old favorites playing some incredible music like this collab between Machine Gun Kelly and Travis Barker covering Paramore’s Misery’s Business and Tyler Glenn from Neon Trees (http://www.instagram.com/tylerinacoma) doing his regular Songs from the Red Chair performances on his Instagram Live. Metallica is even streaming concert performances on YouTube and Facebook Monday nights. Let some good music into your lives and I promise it will make you feel better.

Releasing a new piece of art during this unprecedented time is a scary proposition. I released a new book Friday, March 13th, just before most of California went into a mandatory shelter-in-place. Thankfully, my family is doing okay, but for musicians who have lost revenue from touring, releasing an album could be the only way for them to stay financially afloat. As artists, many of us are giving away our creations for free or at a discounted rate to keep shut-in folks entertained, but for musicians, losing money from canceled or postponed tours means taking a huge hit. SiriusXM is streaming FREE for this month, which is a HUGE opportunity for you to discover new music and I encourage you to get out there and support your favorite musicians however you can! Recommend their music, stream their albums on a platform like Spotify or Apple, and buy merch from their websites including CDs and vinyl if you have machines with which to play them. 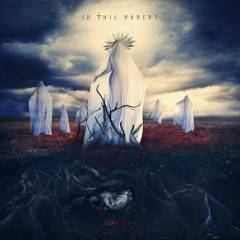 In This Moment, a phenomenal female-fronted metal band from Las Vegas, Nevada released their latest album Mother at the end of March and it is a deliciously decadent mix of original and cover songs. You’ve never heard “Fly Like An Eagle” performed quite so sensually as when Maria Brink stretches out those lyrics. Their last album, 2017’s Ritual, was filled with ruminations on witchcraft and dark elements, and that theme continues on the new record. Mother promises to be just as addictive as their previous material. Already I’m repeat-playing “Holy Man,” “God is She,” “Hunting Ground,” and the title track. So listen to the album, several times if you will, and then make sure you add a notification through Bandsintown or whatever source you get your live music recommendations from because you will NEED to see Maria Brink and Co. the next time they come through your town. They are one of the most exciting live acts on the road today. I’ve seen them at least three times and the theatrics Brink and her maidens bring to the stage, as well as the power and excellent musicianship the band exudes will provide a show like you’ve never seen before. Don’t believe me? Check out this live clip from the Loudwire Music Awards. HorrorAddicts, you will fall under the spell of In This Moment, I guarantee.

That’s it for now, but I promise to bring you more of Ro’s Recs and reviews to keep your soul satisfied. Stay Tuned for more of Merrill’s Musical Musings…