We here at the Horror Seeker would like to take some time to remember the life and career of legendary actor/martial artist, John Saxon who passed away July 25, 2020. It came as a shock, not only to the horror community but to the film industry in general, as Saxon was indeed one of the all-time greats in the business. 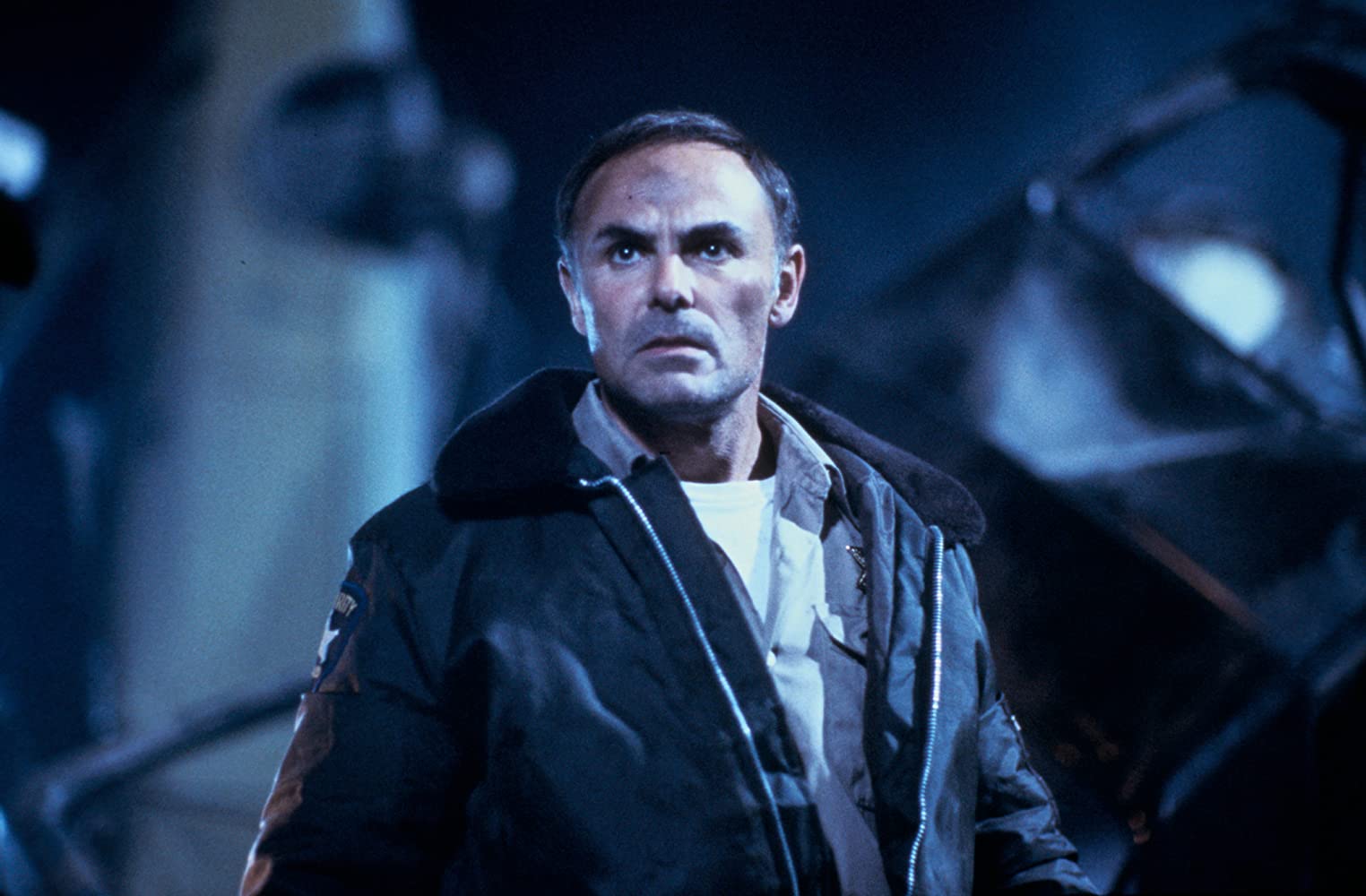 On his twitter account, Robert Englund is quoted as saying, “John was my link to Hollywood’s Golden age.” True story. And, speaking of which, when I had the pleasure of meeting Robert Englund about five years ago, the one thing we gushed over was John Saxon! I had mentioned how I’d love to meet him, sadly never got the chance. However, Robert had nothing but nice things to say, and we discussed the amazing accolades of Saxon’s career. From his involvement on the first Nightmare film, as well as Dream Warriors, and Wes Craven’s New Nightmare, to his working with some of Hollywood’s biggest names. These include, but are not limited to, Jimmy Stewart, Marlon Brando, Clint Eastwood, and Bruce Lee! Just saying that alone, puts Saxon on a whole other level.
Yes, Saxon was a decorated Martial Artist, having been trained in Judo, Shotokan, and studied Jeet Kune Do under Bruce Lee himself! I can imagine he was not the sort of man you’d want to cross. By all accounts, however, Saxon was reported to be the nicest man to be around. As I’ve mentioned discussing his career with Englund, so too did I share a few good memories with Heather Langenkamp during a similar time of meeting her. See below one of my prized pieces. 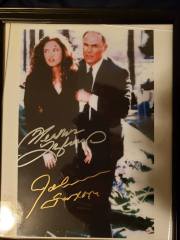 It was a gift from a friend some years ago, that Heather Langenkamp had signed, as well!

Watching his films (Enter the Dragon, A Nightmare on Elm Street, TV’s Falcon Crest, and Black Christmas) it is clear to see the warm, but rough edges of such a performer who has amassed a near 200 credits throughout his career. HIs career had begun by the time he was twenty (1954), switching in and out of small roles in both TV and film. Those familiar with his work may notice a pattern in his characters, as Saxon was often depicted as a hard-edged cop. Such was his character in Nightmare 1 & 3 as Lt. Thompson. Many modern fans will remember Saxon for his part in A Nightmare on Elm Street, or even Bruce Lee’s Enter the Dragon, and rightly so. Like all the upcoming slasher films of the early eighties, they were all working on shoestring budgets, and with what cast they could pull together.

While the three titans of 80’s slasher (Halloween, Friday the 13th, and A Nightmare on Elm Street) had numerous stars such as Jamie Lee Curtis, Kevin Bacon, Lawrence  Fishburn, Johnny Depp, etc. they all seemed to have one thing in common. Each franchise started with a single heavy-hitting actor that each series respectfully was lucky to acquire. Halloween; Donald Pleasance – Friday the 13th; Betsy Palmer – and Nightmare got John Saxon. Each actor carried with them the class and strength of old-time Hollywood into an otherwise unproven genre.

Hey! Perhaps this is what slasher horror is missing today. I’ve always asked myself why the genre seems to have died out or at least lost the magic touch it once had. Hmm… food for thought. But, I digress.

While I have not seen all of Saxon’s work, for the films I have watched, Saxon definitely brings a boldness, and confidence to every performance that never comes off as artificial. I don’t see someone portraying a role, I see these characters as they would be. Saxon has been nominated, and won several independent awards, with his crowning achievement being a Golden Globe win in 1958 for This Happy Feeling as Most Promising Newcomer. And yes, he is noted as a “teen heartthrob”. I don’t know ladies, what do you think? Does his rugged persona hold up today?

In any event, John Saxon was an icon of his day, and his loss has been felt by everyone. As if this year wasn’t bad enough; we must say goodbye to a great actor, and a great man. From all of us with The Horror Seeker, we say thank you, John Saxon. Our hearts go out to the Saxon family, and all friends who have felt the impact of his loss. Rest in Peace, 1935 – 2020.