Shakespeare is a pioneer of what we now consider horror fiction.

Before you recline away from your laptop or iPad or whatever you are using to read this article, consider this… the realism that Shakespeare infused in his work – his use of ghosts, his regard for psychological torment, even his sporadic employ of physical pain – is indicative of the horror genre and its many sub-genres, tropes, and tenets.

Many think that Shakespeare’s alignment with the horror genre is coincidental, however, I posit that it is a natural kinship. Shakespeare does what all writers do, both in literary and genre fiction: Shakespeare reports the state of the world through his writing. This is the very definition of art imitating life.

Shakespeare was not the first to do it. Even before his most graphic depiction of what would be considered visceral horror by modern sub-genre definitions, Titus Andronicus, Sophocles had introduced audiences to psychological and physical torture in Oedipus the King (circa 430 BCE) and an unknown poet had dredged a mythical beast from a dark corner in the universe in Beowulf (circa 8th century). Indeed, some might suggest that the Christian Bible is rife with depictions of horror and trauma to rival later genre offerings.

The horror genre lends itself quite neatly to these suggestions; the genre is a veritable playground for campaigns of all kinds.  The unique canvas it provides allows for revealing social injustice and calling for change to be laid out at its most base level and in gruesome detail.   Shakespeare’s connection with the unnamed, burgeoning genre that would gain a stronghold centuries after his death is evident in his proclivity for speculative writing, which leans decidedly towards the supernatural rather than the cosmic.

Shakespeare’s depiction of human nature and its consequent relationship with what we now call horror is more a sign of the times than literary coincidence.  The psychological warfare that Shakespeare engages his characters permeates his body of work, most notably illustrated in Iago’s manipulation of Othello. On close review one can find reflections of this kind of turbulent undercurrent in many modern horror works, whether using the mind against itself or man against man – an example of this is the slow build in The Graveyard Apartment by Mariko Koike.  Books of this nature reflect inner turmoil, blatant manipulation, and, sometimes, a ghost of two.

Shakespeare is a pioneer of what we now consider horror fiction… When I said it this time it didn’t sting as much, did it?  This paper made you see his writing through a different lens – at the very least, made you think about the possibility of its truth, didn’t it?  For you Shakespeare fans, perhaps this assertion pushes the horror genre into review as more than just a genre intended to frighten or one focused on social commentary and/or judgment without redemption; maybe this will entice you to peel the onion a bit.  For you horror fans, I know… we already knew. 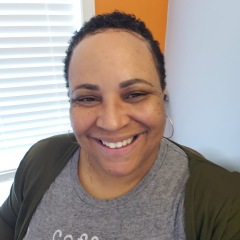