The The Inspiration Behind “The Siren and Bowery Jack.”

“The Siren and Bowery Jack” was inspired by the long history of misogyny and male violence against women and my desire to speak out against it. I wanted to write a steampunk love story about a literal monster/creature who wasn’t in fact the true monster of the story. I also wanted a VERY strong woman whose powers were underestimated by the men around her, a woman (like all women back then) who was seen as nothing more than a disposable tool by the users and violators who ran the world in New York in the late 19th century.

I don’t believe fiction should have happy endings for the villains. No trials, no sneaky lawyers, no redemption. Their ending should be as dark and violent as their lives and their actions. Eye-for-an-eye stuff. I want the reader to fist pump when they read the end of my story, to be terrified for the protagonist all along, but then to cheer when the antagonist meets their end. Of course, the reader should also feel guilty for feeling that way, because we’re not supposed to be happy when a person is punished without due process and proper legal representation. Maybe sometimes evil should be eradicated. In fiction we can do that.

With regards to the romance, I wanted a love so strong that it transcended species, with a mythological creature/monster loved so much by a human who didn’t care about their differences. Of course, my heroine is humanoid, so the relationship breaks fewer taboos. I’m not ready to write a minotaur/human love story, yet.

Writing and researching this story has now inspired me to plan and plot an entire novel about 19th century human trafficking in the tenements of New York City. 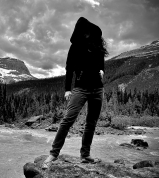 Author N.C. Northcott (they/them) was born in London and now resides on a plateau near a river with two cats and Yorkshire Terrier. They love writing urban and historical fantasy but also dabble in horror, steampunk, science fiction, mystery/thriller and romantic comedy. An avid photographer who also dabbles in painting and procrastination, their next project is an urban fantasy about a transgender sorceress set in modern-day America, near Boston. As they just invested in a magical electric bread maker, there will be somewhat less writing and considerably more sandwiches in their future.

One thought on “#HauntsandHellions: The Inspiration Behind “The Siren and Bowery Jack.””