Third age author and spoken word performer, Kevin Ground specialises in Victorian, Gothic, contemporary horror, and ghost short stories. He actually doesn’t know where his preference for the revolting comes from, other than to say he is 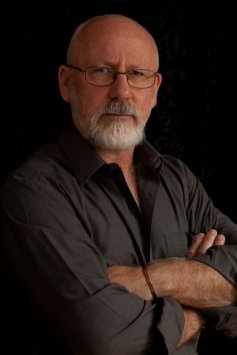 always, always turning normal on its head and seeing where his imagination takes him. He rarely knows where a short story is going till it’s finished.

NTK: How did you become interested in Gothic Literature?

KG: A chance encounter in a secondhand book shop with a battered hardback entitled Titus Groan by author Mervyn Peake. I loved the style, content, and fantastic array of characters. Delving further into the works of Poe. M R James. Sheridan Le Fanu. Algernon Blackwood and other such worthies hooked me in for life.

NTK: How do you define “romance”?

KG: A double-edged sword of emotion that cuts through the chaff of life to reveal the love of your life. If your love is denied by its intended, or worse still, accepted then betrayed. The reverse edge of the blade will cut you and wound you in a way that never fully heals. Lucky are those who do not know the sting of this blade and find true love at the first attempt.

NTK: What is your favorite Gothic horror story?

KG: The Woman in Black by author Susan Hill

NTK: Do you have a favorite Gothic horror movie? What attracted you to this film?

KG: Yes, I do. The 1939 version of The Hunchback of Notre Dame starring Charles Laughton and Maureen O’Hara. Fantastic black and white film that brings the characters and events to life with great emotion. Charles Laughton’s portrayal of Quasimodo embodies a love that cannot be yet refuses to be denied. Marvelous stuff.

NTK: Are your characters based on real people?

KG: Not whole people, rather certain characteristics of a person. Their dress, hairstyle, mannerism’s that catch the eye when they go about their daily lives. Catching a train, shopping at the supermarket. Negotiating steps in a wheelchair. I am no peeping tom, but I do take my time to look at what’s about me. Some marvelous material to be had people watching.

NTK: Do you use an outline to write? Or do you write by the seat of your pants?

KG: I never use an outline. Normally, the story develops as it unfolds in my imagination. I do however keep an eye on names, dates, and ages of my characters as it isn’t unusual for me to mix up a grandad with a daughter and turn the two into a third person altogether. I imagine quicker than I type being the issue here. I rarely have any idea of where a story is going before it’s finished.

NTK: Do your characters have free will? Or do you decide their fate?

KG: A bit of both really. Some of my characters take flight and run free and easy whilst others progress with a more sedate step. The story decides who does what. As the author, I sometimes subject my characters to some pretty distasteful events that play hell with who they are. The hero doesn’t always survive unscathed if at all. I have no firm rule on this. Preferring to keep my options open.

NTK: What are you most afraid of?

KG: As a man who has just celebrated his sixty-fifth birthday, I am becoming increasingly aware of my own mortality. Being old, weak, and helpless. That frightens me.

NTK: What is your favorite romance?

KG: 1984’s Winston and Julia. Doomed to failure but a love that defied Big Brother. An example of many real romances that fail because of outside influences. Winston and Julia never stood a chance, but emotion and the need for love could not, and would not be denied.

NTK: Who is your favorite horror author?

KG: This is a difficult one. So many excellent authors to choose from, but I would have to go for Graham Masterton. Closely followed by Darren Shan, and Algernon Blackwood

NTK: What does the future hold for you? What books, short stories, or works do Horror Addicts have to look forward to?

KG: My love of short stories is developing and expanding to encompass the world of novellas. Four of which will be published in an anthology in the run-up to Christmas 2021. Set during the cold winter months leading up to Christmas in Victorian England. The anthology is entitled Cold Shadows. I invite you and your guests to draw closer to the fire as winter closes in about you.

I have also completed a novella that I will publish ready for Christmas 2021 entitled Bonecreake (The strange tale of Maudy Jiller) A very challenging piece single mothers struggling to raise their children will identify with.  Victim or villain? This mother’s struggles encompass every woman’s worst nightmares. No matter the age they live in.

Addicts, you can find Kevin on Amazon and Facebook. His back catalogue can be found on his website.