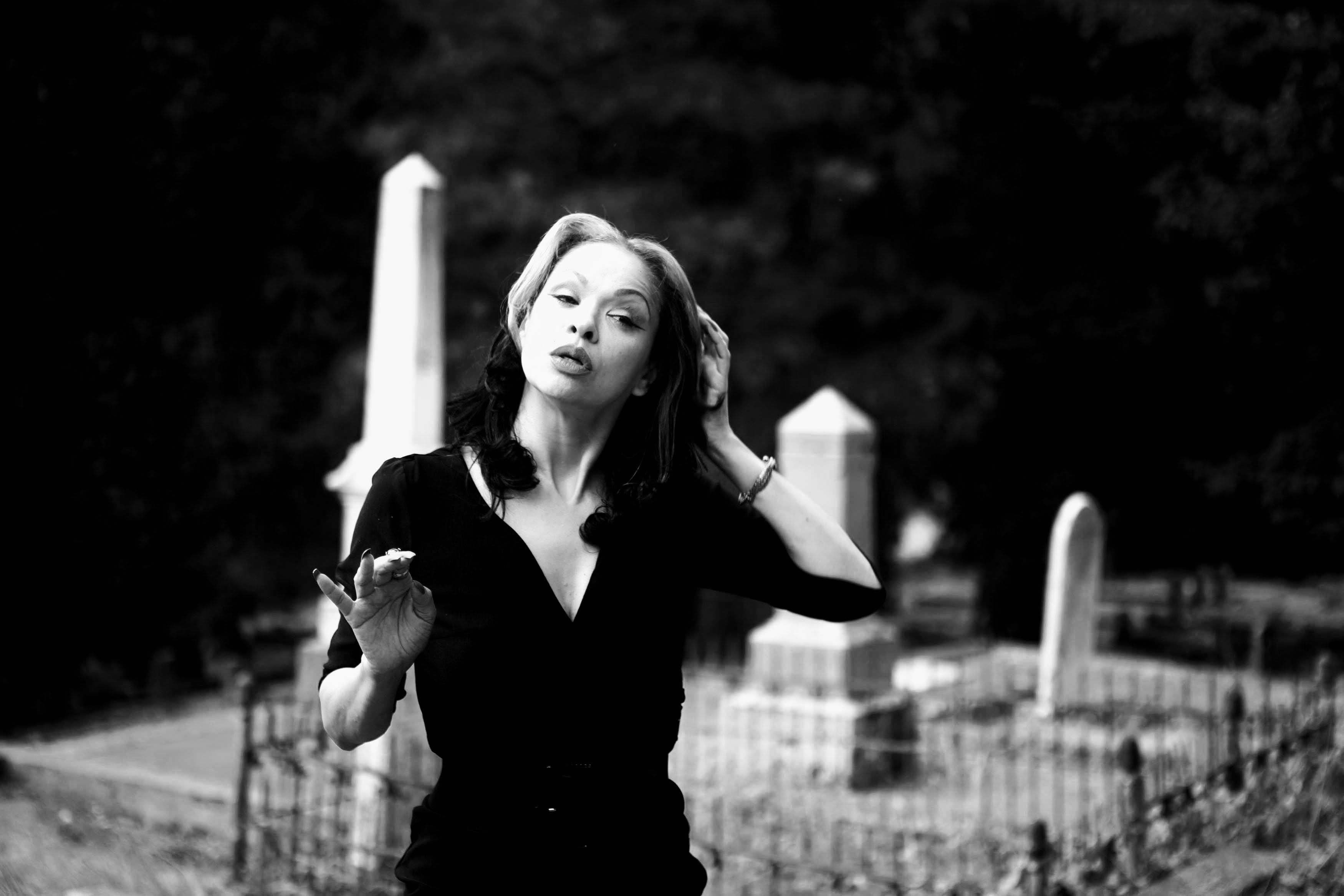 graduating from Emerson College in Boston. She’s a co-producer of the LGBTQ series DYKE CENTRAL *available on Amazon Prime* the horror/sci-fi podcast DOMESTICATED and is co-founder of DOPE SISTA magazine out of Atlanta. As a life-long fan of cutting edge episodic television she went on to win the IndieFEST Award for Excellence, The Independent Shorts Awards Platinum Award, Top Shorts Best Web Series and the Hollywood International Moving Pictures Film Festival Best New Media Award for her original web series THE GREY AREA as well as Best Plot Twist from The Horror Bowl Awards and best horror short at the Phoenix Monthly Film Festival for her thriller anthology pilot HINTERLAND ZOO, Episode 1.

NTK: Welcome to Chilling Chat, Comika! When did you first discover horror and what got you interested in it?

CH: Well, it was actually an accident, I got my mom’s friend to let me watch Jaws when I was five and I was so traumatized that I could only take shallow baths for months! Years later, I was fascinated by the bts shots of the production, once I saw it was all pretend the drama and power of the storytelling had me. Been a horror weirdo ever since!

NTK: What is your favorite horror movie and why?

CH: I’ll always love Alien and not just because I share a birthday with our queen Sigourney Weaver, but I’m loving the psychological gutting of Squid Game. (I know it’s not a movie…but it kinda is!)

NTK: What is your favorite horror television show and why?

NTK: What is your favorite horror novel and why?

NTK: How is acting in horror different from acting in a drama?

CH: It isn’t. By that I mean it’s still making the unreal feel real. However, the supernatural elements create stakes that are radically different than other genres and that’s why we all love heavy hitters like Toni Colette or Colman Domingo. They bring their bloody guts and soul to the work.

NTK: Which do you enjoy most? Producing, directing, acting, or writing?

NTK: Love it! As an LGBTQ woman of color, what do you enjoy most about the horror community?

NTK: As a fan of The Twilight Zone, what do you think of the new reboot with Jordan Peele?

CH: Ah-Mazing! I think Serling would be proud, he was all about social commentary. His screenplay Seven Days in May is very timely after the Capitol riot.

NTK: What is the one question you wish an interviewer to ask you? And what is the answer to that question?

CH: Q: Are you really a witch, or are you just joking?

A: *quietly strokes the toad in my purse*

NTK: (Laughs.) That’s great. When you’re writing and you create a character, does that character have free will? Or do you control everything they do?

CH: They literally lead me around. I’m just following their footsteps to the ending.

NTK: What piece of advice do you have for the up-and-coming horror creative?

CH: Write that shit. Edit later. Nothing comes out perfect. So. Write. That. Shit.

NTK: What does the future hold for you? What works do Horror Addicts have to look forward to?

CH: My micro episode horror series The Interview will be on the Rizzle App later this year & my award-winning web series The Grey Area is on the Paraflixx platform. I have some larger things coming up in 2022 that I can’t share yet… But soon. Sooooon! *pets toad again witchily*

NTK: Thank you for chatting with us, Comika!