H.R. Boldwood is a writer of horror and speculative fiction. In another incarnation, Boldwood is a Pushcart Prize nominee and was awarded the 2009 Bilbo Award for creative

Boldwood’s characters are often disreputable and not to be trusted, so they are kicked to the curb at every conceivable opportunity. No responsibility is taken by this author for the dastardly and sometimes criminal acts committed by this ragtag group of miscreants.

H.R. Boldwood is a generous and funny woman. We spoke of her villains, writing, and evil clowns in space.

NTK: Welcome to Chilling Chat, H.R.! Thank you for chatting with me today.

H.R.: You’re welcome, Naching. It’s always nice chatting with you. Thanks for having me.

NTK: What got you interested in horror? Did it begin in childhood?

H.R.: I wrote my first horror story in the 7th grade as a homework assignment. The title was, “The Reincarnation of Sir Thomas Moore.” My teacher loved it and sent it to his old college professor.

NTK: Awesome! What did the professor think? Did this event start your writing career?

H.R.: The professor was very impressed and even though I was still in grade school, he had Northwestern University send me a card asking me to consider attending Northwestern when the time came. But, when the time came, I didn’t want to go to college. Silly girl. I finally went to college when I was in my forties. I got married and raised my children and started writing again about 10 years ago. I’ve always gravitated toward horror because it’s just too fun to write.

NTK: What writers influenced you?

H.R.: I love Poe. Just adore him. And, King and Koontz. I sometimes write in an archaic Victorian voice. In the right story, that voice can produce a massive creep factor. Now, I love Josh Malerman. His prose is out of this world awesome.

NTK: Which do you prefer? King or Koontz?

H.R.: Tough one. I love them both for different reasons. King is a masterful storyteller and Koontz’s prose is almost lyrical. I guess King, but it’s really too close to call. My favorite King novel is The Shining.

NTK: I interviewed Josh Malerman recently, and he spoke of an “invisible Wendigo drummer,” which got him into the rhythm of writing. Does the archaic Victorian voice work in that way? Or, is it your muse?

H.R.: No, it isn’t my muse. But, the cadence of the language and the crisp, articulate tone produce some of my best prose. It’s as if I’m speaking.

NTK: You’ve spoken of your characters as, “dastardly.” Could you elaborate on that? Who, of your creations, are your favorite villains?

H.R.: Oh, my! My favorite villain is Mister Weasels, the killer clown. He’s featured in several of my short stories about The Barlowe Brother’s Carnival. In fact, I have a new story titled, “Mister Weasels and the Cosmic Carnival,” scheduled to appear in Kevin J. Kennedy’s Carnival of Horror anthology, due out around Halloween!

NTK: (Laughs.) Congratulations! You seem to have quite a few stories set at carnivals. (“Madame Zelda,” for example.) What do you think makes carnivals frightening? Do you have a personal experience with them?

H.R.: I went to a sideshow carnival as a teen and it freaked me out a bit. The Barlowe Brother’s Carnival is eternal. There are many secrets inside the big top! Killer Klowns forever!

NTK: (Laughs.) You must enjoy horror/comedy. Is Killer Klowns from Outer Space your favorite movie? What are your favorite horror movies and television shows?

H.R.: Not my favorite but fun to watch. The Exorcist is my all-time favorite. I liked Midnight Texas, a couple of the American Horror Story seasons. As a kid, I loved the old classics, The House on Haunted Hill, and The Screaming Skull. They scared the bejebes out of me!

NTK: The classics are great. You mentioned The Shining earlier. What did you think of the movie?

H.R.: Not my favorite. They made the hotel too modern and took out the animated hedge animals. And, Shelley Duvall was too much of a victim.

I like Jack Nicholson but, like Stephen King said, the story was supposed to be about his descent into madness. In the movie, Jack was pretty much crazy from the start.

NTK: He’s a real villain, though. Who do you think is more important to the story? The hero? Or the villain?

H.R.: I think the villain. The right villain makes the hero great. Without a wonderful villain, who cares about the hero?

NTK: What makes a great villain?

NTK: Do your creations have free will? Or, do you control them and their actions?

H.R.: The stories often write themselves so those miscreant characters of mine are always getting me into trouble. I always say, don’t blame me for what my characters do. 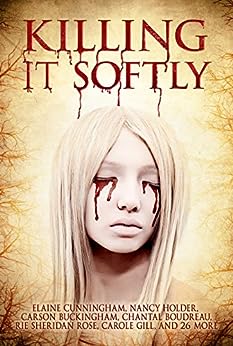 NTK: If a movie was made about Mr. Weasels, who would play him?

NTK: H.R., What does the future hold for you? What books or stories are in store for Horror Addicts?

H.R.: Well now, I’ve been a busy beaver. I will have a story titled, “The Haunting of Bellehaven,” in Ladies and Gentlemen of Horror. It’s an anthology that benefits the American Cancer Society and it’s coming out within the next several months. My story, “The Birthright,” will appear in Greek Myth Anthology published by Fantasia Divinity this fall. My story, “Lambent Lights,” a Victorian voiced piece will appear in an anthology titled, The Book of the Dead, published by Black Hart Publishing in Scotland. It comes out September 5th. Oh, and my stories, “Don’t Fuck with Mister Weasels,” and “Mutants,” will appear in an upcoming edition of Gruesome Grotesques. I’ve also got a couple of stories out there in pending land that may find a home.

NTK: Thank you for chatting with me, H.R. You’re a terrific guest.

H.R.: You are so welcome! It’s a blast to talk about writing with other horror lovers. Thank you for having me and I hope everyone enjoys the podcast.