She is also the founder of CrystalCon, a symposium that brings both Science Fiction & Fantasy writers and STEM professions together to mix and mingle with fans, educators, and inventors in attempts to answer a new take on an age-old question … which came first, the science or the fiction? 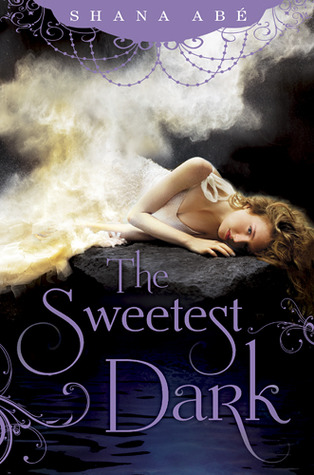 There are monsters living beside you right now. We were told that monsters are a myth but they do exist. They look just like us when they want to, but they are really monsters made of smoke, colors and claws called the Dra’kon. The Sweetest Dark by Shana Abe is the story of one of the last Dra’kon.

The story begins during World War 1 in 1914 at The Moor Gate Institute for Socially Afflicted Youth in London England. Eleanor is sixteen years old and was found wandering the city streets with no memory. She also hears voices and music that no one else hears. After awhile her condition improve and opportunity knocks. Children are being sent to schools in the country because of the fear of the German army attacking London. Eleanor is then given the chance to go to a new school called The Iverson Boarding School.

Iverson is an eerie looking Gothic castle and very exclusive school on England’s Southern coast where rich people send their kids. Eleanor doesn’t fit in at the school but she does meet two boys who want to win her heart. One knows what Eleanor really is  and the other can help her in the future and has secrets of his own. Eleanor must learn to use her magic or loose everything she has.

The Sweetest Dark is a beautifully written paranormal historical fantasy. I loved how it was set during World War 1 and how the castle and location added to the atmosphere in the story. The way everything is described in this book, it was more like looking at a beautiful painting then reading a coming of age story.

The Sweetest Dark is a YA novel and is not the normal kind of book that I like to read but the way the story was told really brought it to life. The settings were described in breathtaking detail and Eleanor was a character you couldn’t help but fall in love with. She is a girl who is a little different and is trying to fit in while wanting to find out why she is the way she is. People of all ages will find something to like in The Sweetest Dark. So if historical fantasy,  ancient magic, vividly described settings and a touch of romance are your cup of tea then give this one a read.