#79 HorrorAddicts.net eStore
http://astore.amazon.com/horroradnet-20?_encoding=UTF8&node=25
Thriller
The Wickeds – Kindle
A Shadow Over Ever
The Herd
My Fearful Symmetry
Women Scorned
Horror on the Installment Plan
The Dark Clan
Calm of Zero
——————————
T is for Trouble video – Dickie Flicks 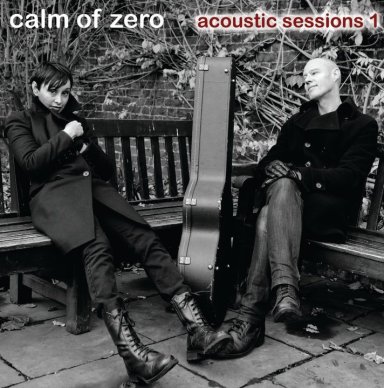 For Episode 79, we are featuring the song “Autumn Angel” from the London-based acoustic duo known as CALM of ZERO, formed by singer and lyricist Sonya Aurora Madan and guitarist and composer Glenn Johansson.

Though they live and play in London, they both hail from further points. “We live in London and have been trying to grow up here for a long time. Our roots are far away though, Glenn was born and grew up in Sweden and my roots are somewhere in the foothills of the Himalayas.”

While CALM of ZERO is a relatively new project by the duo, they’ve got a fine pedigree from their former Brit-pop days as members of Echobelly. “We started a band called Echobelly in the nineties, signed the obligatory record deal and toured our arses off around Europe and America.  There are many places that we missed out on playing though such as Indonesia and the Shetland Islands, both would have been interesting and very different.”

Of their fans, Sonya added, “CALM of ZERO is pretty new, so a fair number of our ‘fans’ have come from our previous incarnation.  Lots of stories but they usually involve drugs so I’m not sure they really happened.”

The name CALM of ZERO infers to me a peaceful state of rest. As Sonya explained “I have always been intrigued with the power of word combining. CALM of ZERO takes you somewhere but it is a feeling that’s open to interpretation.  It originates from reading an article on the magic that happens at zero degrees temperature, but it could just as well be from the countdown during hypnotherapy from 10 to 0.”

It is interesting to compare their sound between their old and new bands. “In our previous incarnation as Echobelly, we were a loud rocking band so after the split we felt like we wanted to do something different, at least for an album or two. From the break up of Echobelly to the first CALM of ZERO album, we had gone about three years without recording anything so it was really exciting to have a blank canvas so to speak. We were totally free to do what we wanted, there was no band just the two of us. At the moment it’s kind of alternative acoustic but we’re working on a full band album which will be a lot more full on.”

When I asked about their favorite song, she said, “Aahh!! Its like you’d tell your children (if I had any) ‘We love you all the same!'”

Of their musical influences, they said, “We listen to all sorts of music, classical, Indian, blues, Country, Jazz anything that moves us. Have listened a lot to early American folk music, right back to the source of it all. Glenn has been listening to a lot of Gene Clark recently.” Sonya added, “I hate all musicians!! My only criteria is that the music has to connect with you somehow, it has to move you, it has to create a reaction within you. If it doesn’t I’m not interested.”

When the music stops, what do they like to do? “As far as creativity goes, the songwriting is enough for me. When we are not doing that we enjoy a few rounds of kickboxing.” Of course, right now they are busy working on their second mini-album, Acoustic Sessions 2.

Finally, I loved their answer when I ended with my usual query about what advice they have for new bands? “Only that advice is overrated.”