It seems that lately I have come across a lot of books that have combined mystery and horror. Mostly they are centered around a detective that has supernatural powers. For example Jim Butcher has written 13 novels based on wizard detective Harry Dresden. There is also the Shannon Delaney paranormal mystery series by Elizabeth Eagan-Cox. The book I want to talk about here, follows the adventures of vampire detective Felix Gomex in Werewolf Smackdown by Mario Acevedo.

A high powered werewolf Attorney named Eric Bourbon wants to hire Felix to come to Charelston North Carolina to kill his rival, another werewolf by the name of Randolph Calhoun. Felix refuses, but now someone is trying to kill him and it looks like he is now in the middle of a werewolf war weather he likes it or not. To complicate matters further, Felix’s ex-girlfriend is working for Randolph Calhoun. Also a vampire gangster named Gullah Gullah is trying to keep Felix away from the werewolves because he believes vampires should not meddle in werewolf affairs, but  he may have a large stake in the battle for the top werewolf in Charelston.

Werewolf Smackdown is basically a detective novel with some horror elements mixed in. I originally bought it because I like werewolves, also I liked the title and the cover art. I guess I should learn to never judge a book by its cover, because the book was not what I expected. I didn’t realize that this was book 5 in a series of vampire detective novels. All of the books are self contained stories but this book referred to a lot of things that happened in previous novels and I was a little lost at times. I was also expecting a horror novel or at least a book with a lot of humor and didn’t get it.

This book wasn’t all bad though, the action picks up in the second half of the book. I really liked the character of Gullah Gullah, he was kind of like a vampire pimp and hard core gangster rolled into one. Also there is a scene in the book where the werewolves are having a convention and play Nintendo Rock Band. One group of werewolves have vampire detective Felix Gomez  sing  lead on Warren Zevon’s Werewolves of London. This leads to a big brawl and riot that was the best scene in the book. Towards the end of the book there is a ceremony to decide the future of the werewolves in Charleston which I liked as well. Weather you like it or not depends on what your expecting. If you wanted a bloody horror novel then this book might leave you wanting more, but if you want a decent mystery you might enjoy it. 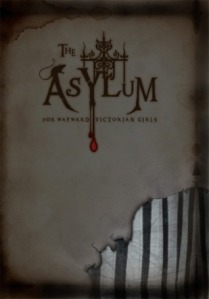 Also because episode 69 of Horror Addicts was about the present, I wanted to talk about a couple of other books that have just recently been released. The first book is The Asylum For Wayward Girls by Emily Autumn. This is a semi-autobiographical novel by Emily Autumn where she describes the horror of living in an insane asylum in the Victorian era. Emily tells stories of diabolical doctors, blood sucking leeches, talking plague rats and parallel dimensions. This book is complete with hand written memoirs, craft patterns and paintings. Reviews that I read described it as a well researched historical horror story. At points it is disturbing and at times the story is beautiful and moving as a girl who once tried to commit suicide finds out she is a much tougher person then she thought possible. Emily Autumn has been mentioned on the show before, if you want to learn more about her check out Emilieautumn.com.

Also just released in July is Found In Blood by Maurice Lawless. The story follows an exorcist named Nelson Kirch who has the ability to see demons and look into other unholy realms. Nelson is called in to help the police solve a series of murders where the victims were left with strange symbols burned into their flesh. Nelson soon finds out that the symbols could be part of an ancient pact that threatens to bring unseen horrors into our world.