Of course, living with myself just got a lot harder.

Let me back up a little. Everything was great for a while there. Well, relatively great anyway. Can’t really say anything’s been more than “tolerable” for the past eight months or so. But, all things considered, I was doing all right. It helped that I’d gotten very good at shooting the damn things in the head. Had to. Anywhere else and they just keep coming. I still blame George Romero. Oh, sure, he didn’t invent the virus that turned half of the country into the walking dead, but he gave whoever did the idea. Yep. His fault, all right. Dick.

Anyway, I was doing okay. Keeping my head above water. Above ground. Hiding, mostly. Shooting when I had to. Running away a lot. It got to be pretty routine after a while. You know? It’s amazing what you can get used to. Then, total fluke, I met Rebecca. First of all, she was alive, a big plus in my book. Also, she was really cute. That didn’t hurt at all. Third, I totally saved her life, making me the Hero. Finally, it wasn’t like either of us had a lot of dating options. We hooked up. Let me tell you something: post-apocalyptic sex is awesome.

Turns out Rebecca is a pretty good shot, too; she doesn’t always get the head shot on the first try, but she always does by the second. Did. I mean “did”. And “was”. Fuck.

So, there we were: a couple of hardened Zombie Apocalypse veterans, fighting for our lives and trying to make a baby every chance we get. Pretty storybook, huh? It was … until it wasn’t.

We were holed up (I hate that expression; why do I even use it?) in an apartment building, upper floor – sixth maybe –  and were well-fed and rested, two things you really learn to appreciate. We knew we had enough food to last us maybe a week, and it seemed like a safe spot, so we let our guard down.

You can’t do that. Not anymore.

The family of five, Dad, Mom, Teen Boy and Girl (Twins? So hard to tell when they’re dead) and Zombie Toddler burst in through the door on day two. They were pretty far gone, so they must not have eaten for a long time. They might have been stuck in this building for weeks, maybe months. Who knows? One thing’s for sure: they were very anxious to come in.

My rifle, never far from my hand, took out two of them as they crossed the threshold. Rebecca got one a second later, but that left two. Teen Girl Zombie (sounds like a Roger Corman film, doesn’t it?) lunged at me, hunger making her faster than they usually are. I got the shot off at the last second, and she landed on top of me, unmoving, unbiting, half her head missing. I threw her off, disgusted by the smell and the weight of her. Rebecca was looking at me, afraid I’d been turned.

“She didn’t get me,” I started to say, but stopped. We had both forgotten about Zombie Toddler. The little bastard bit her on the inner thigh. Femoral blood geysered out and Rebecca smashed her rifle butt into his tiny head, killing (if that’s even the right term) the kid instantly. But, the damage was done. We might stop the bleeding, put some stitches in the wound, but no way was she going to survive. Not as a human anyway. She looked at me, pleading, asking me with her eyes to do the unthinkable. To shoot my girlfriend in the head. I wanted to, I really did. But I just couldn’t do it. Pathetic, right? As I ran down the stairs, alone, I heard the shot. Turns out Rebecca had bigger balls than I.

I know, I know. I even kind of make myself a little sick. But, hey…still alive. Counts for a lot.

Zombie Ate My Girlfriend has been previously published in Siren Call’s, An Aberrant Mind . 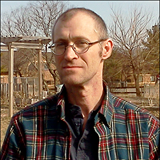 Ken MacGregor’s work has appeared in dozens of anthologies, magazines and podcasts. In 2013, a collection of his short stories, called An Aberrant Mind, was released by Sirens Call Publications. Ken is a member of The Great Lakes Association of Horror Writers and an Affiliate member of HWA. Ken’s the kind of guy that, if he found himself stranded somewhere with you, would probably eat you to survive. Ken lives in Michigan with his family and two unstable cats. His author website is http://ken-macgregor.com.​

Goodbye, my darklings, until next year. Please be safe and stay spooky!

This week’s Free Fiction Friday selection is Bite Club by Hal Bodner. West Hollywood California was once a nice place to live if your gay but things have changed. Muscular young men are turning up dead. their bodies have been tortured, drained of blood and some are missing body parts.

The city coroner calls on an old friend who is an expert in serial killers who shows up with his friend to investigate the murders. The trio soon finds out that something not human is hunting these young men down and it can’t be stopped. Bite Club is a vampire novel that combines horror, romance and comedy.

Bite Club was originally published in 2005 and was followed by a sequel. Reviews that I read called this book campy, funny and an enticing work of modern gay fiction. If you want to win this book be the first to email us at horroraddicts@gmail.com.

HorrorAddicts.net
Create a free website or blog at WordPress.com.