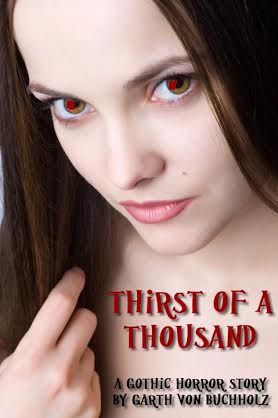 Garth Von Buchholz writes poetry and essays and has been featured on the Horror Addicts podcast before. For Horror Addicts Guide To Life  Garth wrote two articles, One is called “Vincent and Me” which is about the time that Garth got to meet Vincent Price. The other one is called “How To Become An Immortalized Author Like Poe” where Garth gets into how you can become as well-known as Edgar Allan Poe. To read Garth’s articles along with several other articles on living the horror lifestyle, pick up a copy of Horror Addicts Guide To Life. Recently Garth was nice enough to tell us what he likes about horror:

I like how the core of the horror genre is metaphysical. Horror stories or films are modern myths about something that terrifies your very soul, and they may or may not involve actual violence and death. For example, to a person who is claustrophobic, being locked into a confined space is horrifying, even though that scenario may not end in their death. And there’s a difference between horror stories and real life horror. The tortures, rapes and beheadings in the Middle East right now are just horrible — brutal, tragic and inhuman — but they are not “horror stories” until they are mythologized, e.g. as a tale about how a spirit of evil is at work in our world. 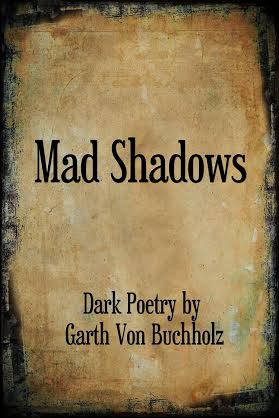 Everything by Poe. He’s the master. And I’m a fan of William Peter Blatty (Bill, why haven’t you responded to my fan letter?). I love The Exorcist and Legion, the novel that the Exorcist III film was based on. You know, I met Linda Blair in person at a film festival and she looked great and was really cool. Also, I have mad love for another lesser known William Peter Blatty novel and film: The Ninth Configuration.

Although I’ve read many Stephen King novels, I’m a huge fan of The Stand, so I’m excited about the upcoming movie trilogy. As for TV, I’m not into zombies and The Walking Dead, but I’ve read and watched The Game of Thrones series, which has some chilling horror elements…dragons, torture chambers, whitewalkers. Okay, I guess the whitewalkers are zombies.

On my Twitter it says I’m “goth by birth” because of my German name and background. But in addition to my outwardly gothic clothing and tattoos, I meditate on the Latin words “Memento mori” (“Remember death”). Even on the sunniest of sunny days when the birds are singing arias, I am constantly aware of the horrors unfolding elsewhere in this world. With that, I keep things in perspective. 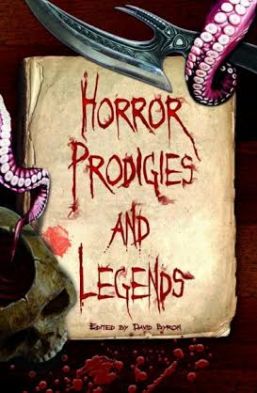 Another thing to mention — Edgar Allan Poe is an important influence in my horror lifestyle. I’ve been closely associated with the late Mr. Poe, partly because of my work on the Edgar Allan Poe 200 Project in 2009 and partly for my social media content on Facebook (https://www.facebook.com/ieaps) and Twitter (http://twitter.com/EdgarAllanPoe). In 2012, I was interviewed about Poe by the Washington Post (http://www.washingtonpost.com/entertainment/raven-cusack-try-to-capture-edgar-allen-poe-in-way-other-films-failed-to-do/2012/04/25/gIQAyLUNjT_story.html) and I continue to network with the Raven’s followers worldwide.
What are you currently working on?
In some ways I would like to be that person who writes inspiring poetry that gets repinned all over Pinterest, but my verse tends to be quite dark. This year, I’m writing more poetry because I want to publish a collection of new verse. And I’ve never written a novel before, but I started working on a strange novella called Overture that incorporates some very personal memories and even alludes to other stories or poems I have written. Then there’s my Poe-related performance art project. I’m going to be recording and publishing a reading of Poe’s The Raven because after studying it for many years I realized it’s not just a poem, it’s a dramatic monologue.
Where can we find you online?
My literary website is http://vonBuchholz.com and links to most of my social media pages are at http://About.me/vonBuchholz.  I’m not hard to find. Many of my works of poetry, fiction and non-fiction are available online, including anthologies such as Horror Addicts Guide to Life or my book of poetry, Mad Shadows. Sometimes when one of my works goes out of print I will even republish it myself to make it available again.