More Machine than Man is Rob Zilla and his lovely wife, Tasha have been working tirelessly in the Seattle scene creating amazing, electronic, industrial-dance music and assuring that their live performances are both captivating and memorable.

In 2000, More Machine Than Man exploded out of the clubs in Boston and New York, fueled by dynamic, guitar driven industrial-dance that is defined by undeniable hooks and pop sensibility. MMTM was formed in 1998 by Rob and Tasha. The pair built a computer-based recording studio in Massachusetts and began writing and recording original Goth-Industrial rock material. More Machine released their first demo, Technophile, in January 1999 and performed publicly for the first time on Halloween of the same year. From Gothic Beauty to Side-Line and Outburn to Terrorizer, More Machine Than Man’s four albums, two EPs and countless compilations, have earned international critical acclaim from the entire gambit of this subculture 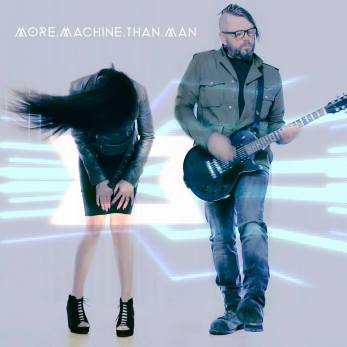 More Machine’s kinetic talent has earned recording contracts in both North America with Underground Inc., and Europe with Black Flames Records. Electrolust was released on Black Flames Records in August 2003. The pair worked with acclaimed producer/musician En Esch (Slick Idiot, Pigface and MFDM) on Binary Sex, which was released in North America on Underground Inc. in October 2003 and in Europe on Black Flames Records in August 2004. In September 2012, More Machine chose to independently release Dark Matter. More Machine Than Man wrote and developed the 12 song album, Dark Matter, between 2002 and 2012, in home studios, as they relocated from Boston to Louisville and then Seattle. More Machine recorded, produced and mixed the vast majority of this album themselves, but did collaborate again with En Esch and Romell Regulacion (Razed in Black).

More Machine than Man is currently working on a new album.  Check out their facebook page for many exciting new updates! 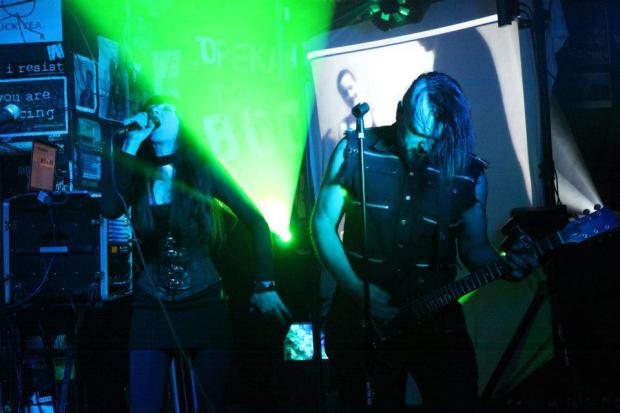