J.D. Barker’s debut thriller THE FOURTH MONKEY, pitched as Se7en meets Silence of the Lambs – when a notorious serial killer is hit by a bus while delivering his signature message, a detective has days to locate the last victim using clues from the killer’s disturbing diary, at auction to CBS Films with Bill Todman, Marc Webb and Taylor Elmore attached, by Kristin Nelson of Nelson Literary Agency, Angela Cheng Caplan of Cheng Caplan Company Inc. and attorney Wayne Alexander.

“Not since Hannibal Lecter had a friend for dinner has a serial killer been so skillfully rendered on the page.”
—Taylor Elmore, Writer/Producer of Justified and Limitless

“I am absolutely thrilled to be working with such a great team! This series couldn’t be in better hands.”
—J.D. Barker 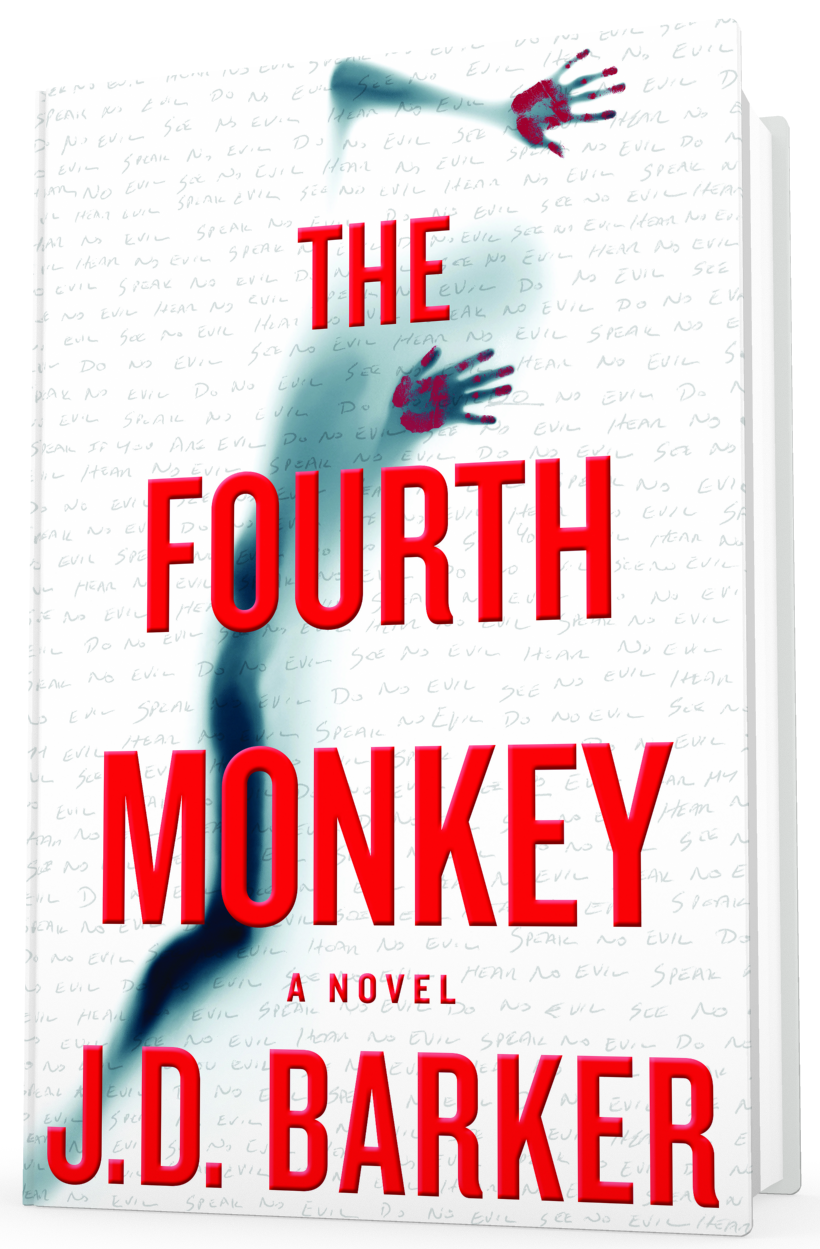 Se7en meets The Silence of the Lambs in this dark and twisting novel from the author Jeffery Deaver called, “A talented writer with a delightfully devious mind.”

For over five years, the Four Monkey Killer has terrorized the residents of Chicago. When his body is found, the police quickly realize he was on his way to deliver one final message, one which proves he has taken another victim who may still be alive.

As the lead investigator on the 4MK task force, Detective Sam Porter knows even in death, the killer is far from finished. When he discovers a personal diary in the jacket pocket of the body, Porter finds himself caught up in the mind of a psychopath, unraveling a twisted history in hopes of finding one last girl, all while struggling with personal demons of his own.

With only a handful of clues, the elusive killer’s identity remains a mystery. Time is running out and the Four Monkey Killer taunts from beyond the grave in this masterfully written fast-paced thriller.

Goodreads – Add to Want to Read

“It is clear Barker is a name to watch.”
– Editorial Review, The Horror Bookshelf

“This book gave me chills!”
– Editorial Review, The Word Smithe

“Scary, exciting, fun in all the right ratios, Forsaken is the right kind of book for anyone who enjoys a racing heart and a pounding pulse.”
– #1 Bestselling Author, MichaelBrant Collins

“Mr. Barker may have begun by following in the footsteps of such horror royalty as Stephen King, John Saul and Dean Koontz; but he has blazed a unique path of his own with FORSAKEN.”
– Editorial Review, Fresh Fiction

“This was hands down the best novel I’ve read this year. From the first page, to the very last. This novel had me in its hold. I couldn’t wait to turn the page, yet at the same time, I was terrified to. This book is littered with heart stopping OMG moments. Toward the end of the book, the last few chapters, I was on the edge of my seat. As if this book couldn’t get any better for me. It’s not just an awesome story, but it is beautifully written as well. The flow from the first word to the last is seamless. I just love this book. I can’t wait for the next book. Without a doubt, this book deserves five stars.”
– Editorial Review, Word Gurgle

“The plot is great. The action doesn’t slow down for a minute. I never really understood the term ‘Tension building up to a crescendo’ before, but now I do. The ending is brilliant.”
– Editorial Review, Cheryll is Writing 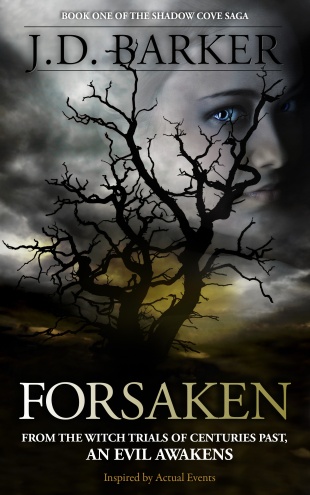 Book One of the Shadow Cove Saga
From the witch trials of centuries past, an evil awakens.

Inspired by Actual Events
Excerpt from the Journal of Clayton Stone – 1692 She was examined today without torture at Shadow Cove township on the charge of witchcraft. She said she was wholly innocent of the crime and has never in life renounced God. I watched as they brought her out. A poor, sickly thing, worn by her time behind the walls of her prison. Her bared feet and hands bound in leather, her clothing tattered to that of ruin. Despite such condition, her head was held high, her eyes meeting those of her accusers. She still refuses to provide her name so we remain unable to search baptismal records, nor has her family stepped forward to claim her as their own. We have no reason to believe she is anything but an orphaned child. I find myself unable to look at her directly in the moments preceding her trial. She is watching me though; with eyes of the deepest blue, she is watching me.
Thad McAlister, Rise of the Witch

When horror author Thad McAlister began his latest novel, a tale rooted in the witch trials of centuries past, the words flowed effortlessly. The story poured forth, filling page after page with the most frightening character ever to crawl from his imagination. It was his greatest work, one that would guarantee him a position among the legends of the craft.

But was it really fiction?

He inadvertently opened a door, one that would soon jeopardize the lives of his family.

She wants to come back.

At home, his wife struggles to keep their family alive. Secretly wondering if she caused it all…a deal she made long ago. A deal with the Forsaken.

For more information go to: www.masterofsuspense.com