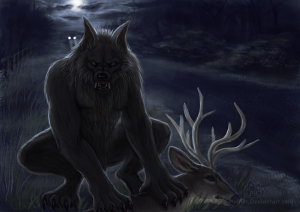 A fan of the HorrorAddicts.net podcast, Jeff Eickelberg recently sent us an email saying that one topic he would love to see us talk about was unexplained occurrences in Wisconsin. Specifically he asked about Great Lakes ghosts, cryptids, haunted farmhouses or anything else that could be considered ghoulish. Being that I live in Wisconsin I was more than happy to research strange happenings in Wisconsin. Probably the first thing people think about when they think of Wisconsin is The Beast Of Bray Road. The Beast is a werewolf that has been spotted several times in Southeastern Wisconsin. There have been at least two books written about the beast and a couple of paranormal TV shows covered the subject. There was also a movie that was released in 2005. If you want to hear more about The Beast Of Bray Road check out D.J. Pitsiladis article on the topic here. 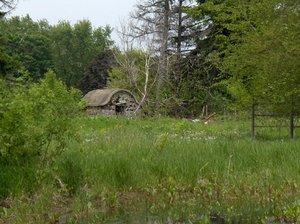 My favorite weird story from Wisconsin is about a small village of murderous dwarfs in the woods near Muskego. The village is called Haunchyville and is protected by an old albino man. The dwarfs live in small houses built to scale and don’t like trespassers. If you are unlucky enough to meet them they will cut your legs off at the knee and force you to live as one of them. Legend has it that the town was created when a group of dwarfs ran away from  the circus because the circus’ ringmaster abused them. When the albino man was a boy he got lost in the woods and found Haunchyville by accident. The dwarfs took pity on him and raised him, the albino re-payed the favor by using a shotgun to keep people away from Haunchyville.

I had heard of Haunchyville from a book called Weird Wisconsin by Linda Godfrey and Richard Hendricks and I was fascinated by the idea of a small village of killer dwarfs. As I was doing research to write this, I didn’t find any record of anyone seeing the dwarfs but in the woods where Haunchyville is said to be located you will find three buildings that look like they could be dwarf homes. Most people believe that the legend of Haunchyville was started by high school kids in Muskego in order to scare younger kids. 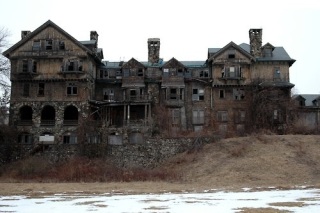 Every state has more than its fair share of haunted houses and the most haunted house in Wisconsin was a place called Summerwind. Located in Northeast Wisconsin on West Bay Lake this mansion was built in 1916 by Robert Lamont. The hauntings began when Robert Lamont thought he saw an intruder one evening and tried to shoot him, the bullet passed through him and the intruder faded away. Upon the death of Mr. Lamont the house was sold to Arnold Hinshaw and his wife Ginger who were only able to stay in the house for six months. The couple saw vague shapes and shadows passing through the home. Also lights would turn on and off along with windows and doors opening and closing by themselves. What was most disturbing though was a ghost of a woman who would appear above the dining room table. Over a short period of time, the couple started to question their sanity. Late at night Arnold would play an organ because the demons in his head said he had to. One night after finding a corpse in the home(which they never reported to the authorities) Ginger tried to commit suicide and the couple decided it was time to move on.

People doubted that Hinshaw’s story really happened but then the next owners had trouble. The new owner was Raymond Bober and he claimed he knew the house was haunted and even knew the ghost’s name. The ghost was an eighteenth century British explorer and the land was given to him by the Sioux Indians. He wrote a book about his experiences in 1979 called The Carver Effect. Bober had nothing but bad luck in the house and abandoned it after a couple of years. The house then remained vacant until 1988 when it burned to the ground after being struck by lightning. Some people still believe that the land where the house stood is still haunted. 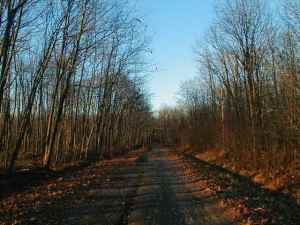 Wisconsin has more haunted roads then most states and one of those is called Boy Scout Lane. Located near Stevens Point, a Scout troop was killed on the road sometime in the 1950’s or 60’s. Stories vary on what happened, some say the troop was killed by their scoutmaster and another story says that the scouts dropped a lantern which caused a fire and killed the whole troop. It is said that the scouts are haunting the area and if you are there you will hear them hiking through the woods. People that have visited the area have said they had the feeling they were being watched and have seen floating lights that look like lanterns. No one has ever been able to prove that a group of scouts died in this area but the ghost sighting are still happening. 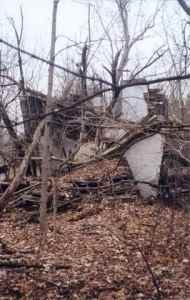 Boy Scout road isn’t the only haunted lane in Wisconsin, Near the town of Rosendale lies Witch Road. Legend has it that 60 years ago a witch lived on Witch road and when she died the road became haunted. Some of the people who have traveled the road say that parts of the road are unusually dark and cold and you can hear the sound of trickling water even though there is no stream near by. Others have witnessed white lights in the trees and a ghost of a young girl. The witches abandoned home can still be seen near the street, along with a tree that looks a lot like a witch.  Several people go to witch road because they were dared and even when they don’t see a ghost they still say it’s a very creepy place to visit. 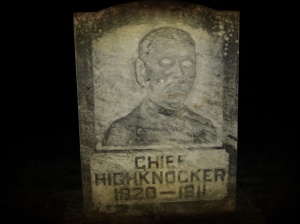 Many people think cemeteries are haunted but in reality most cemeteries are not haunted but are a beautiful memorial to those that have passed before us. But there is one graveyard that may be haunted in Green Lake called Dartford Cemetery. According to the locals there are several ghosts that wander Dartford at night. Graves here date back to the 1800’s and some of the ghosts include civil war soldiers, kids who died of polio and an Indian Chief whose headstone appears to glow in the light of the moon.

Several stories have been told about this place, One of them is if you sit on one of the mausoleums, a ghost will come and push you off. Some people who are brave enough to enter the cemetery after dark have seen tombstones that vanish and reappear. They have also seen shadows and orbs in the trees and have had the sensation of being watched.

Out on County Highway 66 near Stevens Point, lies a concrete bridge that crosses the Plover River. Though no one has ever been able to confirm the story it is said that years ago a bride and groom were driving home after their wedding in a thunderstorm. As they crossed the bridge the car spun out of control and the couple died in the crash. Since then people have spotted the bride standing on the bridge with blood covering her dress. It is also said that if you stop your car on the bridge the dead bride and groom will appear in the backseat of your car. 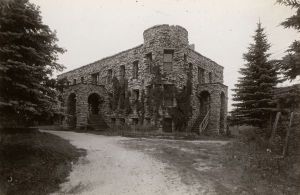 Everyone has had a bad stay at a hotel but there is one hotel out there that some think contains a portal to hell. Built in 1900, Hotel Hell in Maribel was originally called the Maribel Caves Hotel. It had a rough history, it caught fire three times on the same date. One of the fires in the 1930’s killed all the hotel guests while they slept. These were not the only deaths that took place there, one night one of the hotel guests went crazy and killed some of the guests with a knife.

Though no one can say when it happened it was believed that a group of black witches who were attracted to the spiritual activity that went on there did a ritual and opened a portal to hell that released demons into the hotel. Luckily for the future guests a white witch came to the rescue and sealed the portal. The hotel has been abandoned since a fire gutted the inside in 1985. Since then many people have entered the hotel illegally and said that they heard disembodied voices and saw blood on the walls.

Wisconsin also has its fair share of cryptids, including a lizard man who was spotted at different times in the 1990’s on route 13 south of Medford. People who saw the creature say that it was covered in green scales and had large leathery wings.  The first person who spotted it said it was standing in the middle of the road and then shot up into the sky when the car got close. Shortly after that another person spotted it in the same area and said it was staring right at him but when the car got close he flew off into the trees.

About 10 years later in 2006, a creature that fit the same description was spotted near LaCrosse. A father and son spotted the lizard man flying straight at there car while screaming. They thought it was going to collide with them but at the last second the creature darted up into the sky. The picture to the left is an artist’s rendition of how the creature was described. 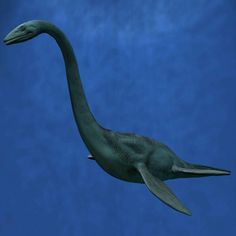 So now you know Wisconsin has lizard men, werewolves and ghosts. But that’s not all we have, we also have our own lake monster. He lives in Lake Pepin which is along the Mississippi River about 40 miles from Eau Claire. His name is Pepie and he goes way back to when the native Americans lived there. Legend has it they would not take their canoes on Lake Pepin because they feared the giant lake monster would tip it over.

Back in 1871 some explorers said they spotted the creature and it looked like a cross between a rhino and an elephant. Since then there have been sightings and even some pictures of the creature, but no hard evidence has been presented saying the creature exists. People keep trying though, in 2008 there was an expedition to find it that came up empty-handed and currently there is a $50,000 reward for proof that Pepie exists. Pepie is so popular in Wisconsin that he even has his own website. 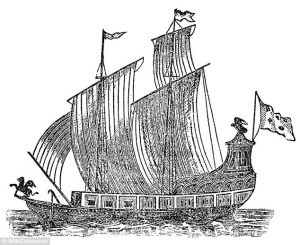 The Griffon’s home port was in Green Bay, in August of 1679 the ship was headed back to Green Bay from Niagara when it mysteriously disappeared. It wasn’t gone forever though. Throughout the years in the fog people have claimed to spot a ghostly three-masted ship that looked like it belonged to a different era. Could The Griffon still be trying to find its way home after 300 years? I guess we will never know for sure.

Do you have a favorite ghost story from your area you want to share? Please leave a comment or send us an email at horroraddicts@gmail.com.