From Gagool to Akasha: Black characters in Horror Fiction

Black representation in horror fiction is about both characters and writers: we need more black authors, directors, screenwriters, and people behind the scenes to make sure that our communities are envisioned through our eyes. Yet, there is undeniable value to black heroes and villains envisioned by white and other non-black authors. The 2017 remake of Stephen King’s IT is a prime example of how betrayed black audiences feel when representation is diminished by erasing or minimizing the presence of an important black hero like Mike Hanlon. Outrage over whitewashing doesn’t disappear just because the character was written by someone who isn’t black. And anger about black actors portraying characters like Rue in The Hunger Games and Akasha in Queen of the Damned suggest overwhelmingly, racism among audiences. The success of Black Panther demonstrates both the need for black characters and the factual ability of black characters envisioned by white writers to be handed over to black production and writing teams.

Nisi Shawl and Cynthia Ward’s authoritative work on the subject is called writing the Other. It deals with the ins and outs of writing characters unlike oneself.  This is crucial as many of the black characters in Victorian fiction are hopelessly stereotyped characters of black witch doctors and high priestesses like Gagool, the evil old hag who advises the twisted dictator King Twala in the Alan Quartermain story King Solomon’s Mine by H. Rider Haggard. Haggard was one of the better known writers in the Lost Word genre. Modern takes on mysteriously hidden societies can be elevated, like the 2018 movie Black Panther’s take on Wakanda by black director Ryan Coogler and writer Joe Robert Cole, or feature terrifying evil white overlords against spunky black heroes, like Jordan Peele’s award-winning 2018 horror film Get Out.

That doesn’t mean we can easily get away from the vast number of old noble savage and evil mammy crone stereotypes that have historically plagued black heroes and villains in horror. No conversation on the subject would be complete without mentioning Stephen King, as sometimes he gets it right like in the Dark Tower or IT, but other times the obvious Uncle Tom stereotypes take over like in The Green Mile. His willingness to forge ahead and fill literature with black characters despite of criticism, and relatively thick-skinned response to black critics, is laudable, although it cannot replace black voices. It speaks volumes when compared to choices like the erasure of an Asian male character to insert a white female character in the 2016 Dr. Strange movie. The producers and directors copped out, saying they didn’t cast an Asian female in the gender-swapped role because they were afraid of a Dragon Lady stereotype. The writer’s inability to write a person of color who isn’t a one-dimensional trope should NEVER be an excuse for deleting POCs from movies.

Speaking of white washing, the Netflix Death Note movie’s predominately white cast marred the already lackluster film’s reputation so much that stand-out performances by Willem Dafoe as Ryuk and the hotness that is Lakeith Stanfield as L could not salvage it from its overall mediocrity. However, they did prevent it from being a complete train wreck like DragonBall Z: Evolution or Gods of Egypt, and elevated it above the snooze fest that was Iron Fist.

Like a lot of black people, I had mixed feelings about the obvious pandering involved in casting Lakeith Stanfield, who some may also recognize from his performances as one of the terrifying black abductees in Get Out.  Like Tilda Swinton in the role of Ancient One, Stanfield turned in an amazing performance in a less than amazing film and was forced to kowtow on behalf of its producers, making excuses for their whitewashing, in exchange. It is cringe-worthy, and the producers and directors of these films need to do a much better job. There should be a diversity of roles for older women, and black men, and no one should be forced in this kind of position in the first place.

Stephen King isn’t the only famous modern white author who has persisted in writing black characters despite criticism, and in the case of Anne Rice, who is notoriously thin-skinned and hates critics and editors, it is a labor of love forged from her connection to New Orleans. Once she told me that if I had been born in New Orleans, I would never have to suffer the lot of San Franciscans who treat me as though I am not a beautiful woman, because a girl who looks like me in NOLA would be damned near haughty about her mulatta looks. I laughed – Californian politics frown upon embracing one’s light-skinned privilege. The Feast of All Saints was the first book I read that had terms like quadroon and I was quite shocked and horrified when I read it as a young lady and found out everything about blood quantum, words like octoroon, the quadroon balls, and how interracial relationships were treated during and just post slavery that my politically correct African American mother and white Jewish father hid from. My parents just told me that mulatto was a slave word and we don’t talk about such things.

It wouldn’t be until years later, during college, that I was re-introduced to the same subject by African American authors like Toni Morrison, Zora Neale Hurston, and Alice Walker. 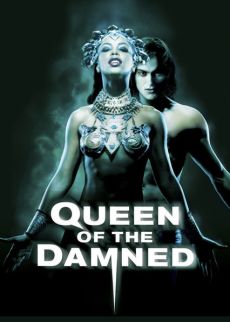 The Anne Rice villain Akasha was someone that I and my mother both related to, my mother more so than I. She tapped into the deep well of African American identification with Egyptian culture, and although some Anne Rice fans throw a fit about black identification with the character and the casting of Aaliyah, I am of the firm opinion that Aaliyah and the soundtrack are the only redeeming qualities of a train wreck that infuriated Anne Rice so much that fans are asked to please refrain from mentioning That Movie on her Facebook page.

Anyone who has read Prince Lestat knows that Anne Rice isn’t personally unhappy about black folks relating to Akasha. In the book, her son Seth is a peaceful science-loving Egyptian intellectual who goes way, way out of his way to maintain his dark skin despite the pallor that descends upon vampires. His love of his ethnic background and his pride in his dark skin are a symbolic love note to all of the black readers who nearly fainted when they read about the beautiful, wicked and cruel Queen of the Damned, Akasha.

Black folks love Akasha like we love Candyman. Sometimes black villains have more autonomy than black heroes do. We love Killmonger because he has the freedom to lash out against oppression in a way that the tight-laced T’Challa cannot. Being a good person concerned with all of mankind means turning a blind eye to injustice all too often. That’s why so many of us get a kick out of identifying with characters that have completely lost it and gone on a rampage. We are sick to death of the Allan Quartermains of the world and don’t want to play nice, turn the other cheek, and be like Martin Luther King, Jr. anymore. We want to rage and burn it all down like Killmonger in our secret heart of hearts. Because we are all so sick of that martyr Mother Abigail, John Coffey role we could scream.

It is the Noble Savage stereotype with an American twist that makes it so that so many black heroes in white literature are martyrs. Uncle Tom’s Cabin, the source of the term Uncle Tom, is about a black slave so faithful to a white Christian savior that he literally lets racist slavers beat him to death without fighting back. The evil surviving white slavers converted after they killed good old Uncle Tom. None of us really want to go out like Uncle Tom, so we start daydreaming about being like Killmonger, or Akasha, or Candyman.

Black heroes who aren’t martyrs are still present in white horror fiction. Michonne in The Walking Dead, the black L in the Netflix Death Note, Bonnie Bennett in the Vampire Diaries – but they are disconnected from black community. Michonne becomes a part of Richonne and Rick’s white kids replace her dead white son. Bonnie’s black grandma dies and she’s dating white boys and fading into the generally white-dominated and not particularly multicultural casts. The black audiences flee to The Originals, where New Orleans and Marcello make for steamy, black centered episodes, even when the improbable happens such as a white character switching into a black body.

The Originals was a truly multicultural program in a way that the Vampire Diaries never was. Truly multicultural programs have enough representation for each minority that there isn’t just the one black witch standing there at the end. The Originals had a Latina teen witch, Davina, who has relationships with other Latino community members even though she is Marcel’s adopted daughter. Black and Latino witches and warlocks populate the tale throughout, and not just one family line of them.

We have come a long way since King Twala and Gagool with characters like Shuri, Queen Ramonda, and T’Challa. Yet, we still have a long way to go. The twisted witch doctor in the video game Diablo III crawling on her knuckles like a subhuman; shades of Gagool. The mixed bag of horribly triggering content that plagues talented actresses like Gabourney Sidibe and Angela Bassett, shades of Gagool. We still haven’t gotten away from the tropes that haunt the black community and we cannot without vigilance on the part of every writer who tackles characters of color.

Sumiko Saulson a horror, sci-fi and dark fantasy writer. Her novels include “Solitude,” “Warmth”, and “Happiness and Other Diseases.” She is the author of the Young Adult horror novella series “The Moon Cried Blood”, and short story anthology “Things That Go Bump in My Head.” Born to African-American and Russian-Jewish parents, she is a native Californian, and has spent most of her adult life in the Bay Area. She is a horror blogger and journalist