The new horror novella and second book in the Black Labyrinth imprint Prisoner 489 by Joe R. Lansdale illustrated by Santiago Caruso is now available from Dark Regions Press on their website at: http://www.darkregions.com/books/prisoner-489-by-joe-r-lansdale

Prisoner 489 marks a thrilling return to horror for bestselling author Joe Lansdale (Cold in July, Bubba Ho-Tep, Hap and Leonard) that Publishers Weekly calls “a tight, spooky tale about what happens when an executed prisoner doesn’t stay dead.” The book is lavishly illustrated by world renowned artist Santiago Caruso with 9 or more original illustrations, printed in full color in the signed limited hardcover editions. Available exclusively on DarkRegions.com Prisoner 489 is one of the most anticipated Dark Regions Press titles of 2014.

On an island with a prison for the most evil and powerful criminals in the world, a new prisoner is strapped to the electric chair for execution. After multiple surges of electricity and nearly knocking out power to the entire island, the prisoner is finally dead. The staff buries him in the prison graveyard with a simple marker baring three numbers: 489.

After the body is buried, a violent storm rocks the islands and a staff member goes missing. The crew rushes into the storm, searching for their lost comrade. They find that the burial site of prisoner 489 has been unearthed, and the body that was inside has gone missing. With a horrific finding and strange noises around them, a powerful threat is closing in. It’s a threat that they thought was impossible, and it will force them into a battle for their lives.

Illustrations from Prisoner 489 by Santiago Caruso 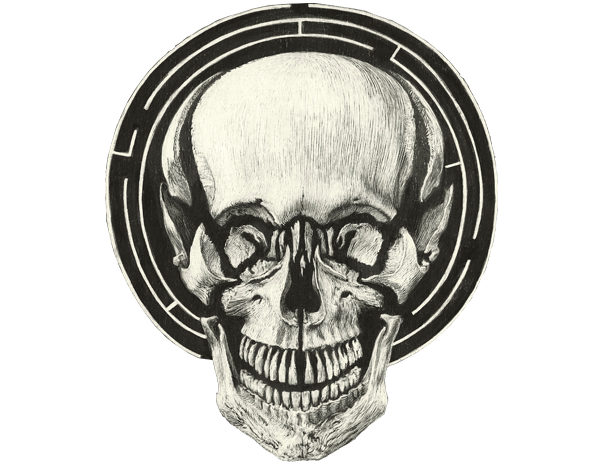 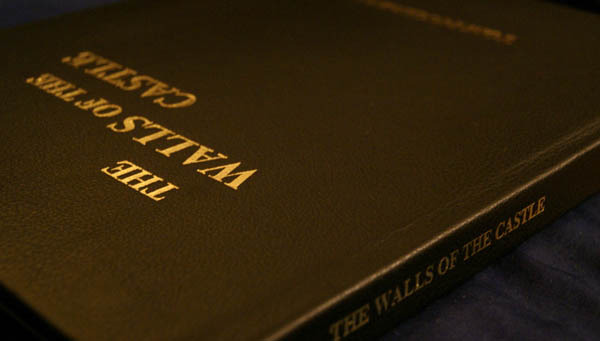 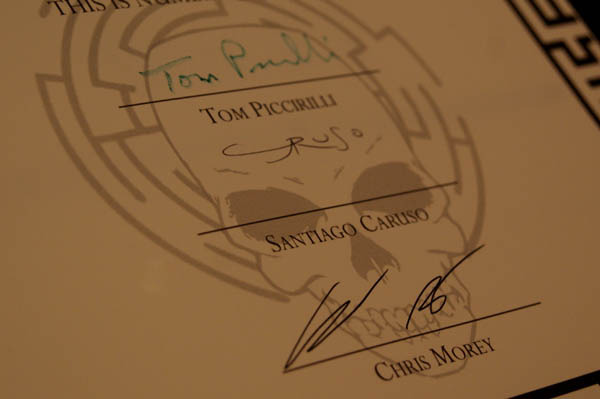 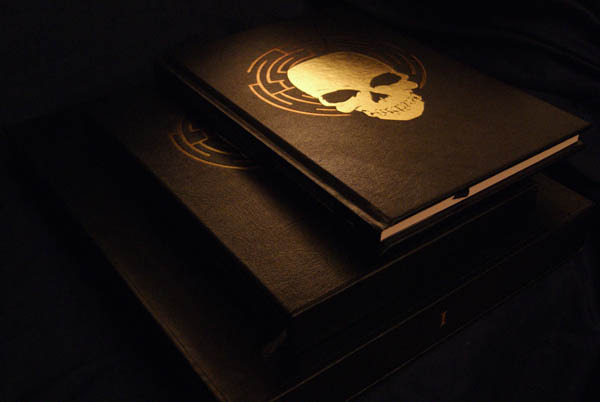 Horror exists within all of us. Darkness encroaches and recedes through our minds, an amoeba that fluctuates in strength and intent. It only defines us without resistance.

These are stories where resistance falters or is lost entirely. This is where the boundaries between the innerverse and the outerverse recede. Perceptions will be warped. Friends will become demons.

A Lovecraftian fiction illustrated by

Announcing a new collection of Lovecraftian tales following the artist Enoch Coffin co-authored by critically acclaimed authors W.H. Pugmire and Jeffrey Thomas. The book will be offered initially in two signed hardcover formats signed by the authors, artists and bound in premium materials like leather and imported cloth. The book will also be offered in an ebook and trade paperback edition. The book is lavishly illustrated on the front and back cover by renowned artist Santiago Caruso while every story in the book is accompanied by an interior illustration by artist Clint Leduc.

Enoch Coffin is a proud inhabitant of Massachusetts, an artist following in the footsteps of local legend Richard Upton Pickman. Coffin is an artist with a singular quest: to capture in paint, or ink, or clay — however he might — sights that no mortal has ever portrayed in art before…and lived to exhibit. His quest will take him throughout actual New England locations, and that other New England of H. P. Lovecraft, where his models will be doomed souls, ravening ghouls, and entities from beyond the veil.

Individually acclaimed for their weird fiction, in this collection of short stories authors W. H. Pugmire and Jeffrey Thomas collaborate to paint the portrait of a character every bit as fascinating and unique as the subjects of his artistic encounters. With haunting illustrations on the front and back cover by renowned illustrator Santiago Caruso and interior illustrations accompanying every story by illustrator Clint Leduc, Encounters with Enoch Coffin is anticipated to be one of our bestselling titles of 2013.

From the four time winner of the Bram Stoker Award, two-time winner of the International
Thriller Writers Award and finalist for the 2009 Edgar Allan Poe Award Tom Piccirilli comes
an intense and visceral psychological thriller novella, the first title in the Black Labyrinth
imprint illustrated by Gothic artist Santiago Caruso.

In the labyrinthian maze of endless corridors, annexes, and wings of the enormous medical complex known as The Castle prowls a grief-stricken man determined to redeem himself and bring justice for those victims incapable of doing it for themselves.

During the four months that his son lay dying, ex-con Kasteel lost his job, his wife, and nearly his mind.  He became a fixture at the Castle, a phantom prowling the halls in the deep night, a shadow of his former self until he faded from sight and was forgotten altogether.

Now, without any life to return to, he takes it upon himself to become the Castle’s guardian.  He lives off the grid hiding among the hundreds of miles of twisting passages, rooms, offices, and underground parking structures.  Despair, confusion, and terror are the natural state and trade of any hospital:  Not only must the patients endure disease and infirmity, but others are victims of physical and sexual abuse from the outside world or from cruel security guards.

The Castle was originally a colonial Dutch settlement: a village that grew into a town which grew into a city and at last became a hospital.  Kasteel has lost his very identity to this place, taking for himself the original Dutch name for “Castle.”

Kasteel sleeps in empty operating theaters, sneaks food from the cafeteria, hacks into computers, and is privy to both staff and patient files.  Using his skills as a burglar he tracks down the attackers, the deceivers, and the killers.

In the psychiatric wing’s day rooms and gardens long-suffering patient Hedgewick is Kasteel’s only friend.  Hedgewick sees his father’s ghost and claims to fight in a gladiatorial arena while the hospital guards bet on the winners.  Kasteel and Hedge often meet in the Fool’s Tower, a ten-story high steeple once used to quarantine yellow fever victims a century ago, overlooking acres of gardens.  A place where family members go to pray for their loved ones, and the distraught often commit suicide.

But a new name is now whispered in the Castle: Abaddon, the ancient name for the angel of death.  A brain-damaged woman has visions and speaks only to Kasteel.  Abaddon is a killer, a man lost to the Castle like Kasteel himself, wandering the corridors searching out victims.  Even as Abaddon hunts the innocent, Kasteel hunts Abaddon, eager for a final showdown that may at last set him free.

20% of hardcover proceeds for The Walls of the Castle by Tom Piccirilli
will be donated directly to the author, and 100% of ebook proceeds will go
to the author in his fight against brain cancer. He recently underwent
surgery to remove a golf ball-sized tumor from his brain and there has
been a massive community outpouring.  Buying The Walls of the Castle is
another way to help Tom in his fight.

Tom Piccirilli is an American novelist and short story writer. He has sold over 150 stories in the mystery, thriller, horror, erotica, and science fiction fields. Piccirilli is a two-time winner of the International Thriller Writers Award for “Best Paperback Original” (2008, 2010). He is a four-time winner of the Bram Stoker Award. He was also a finalist for the 2009 Edgar Allan Poe Award given by the Mystery Writers of America, a final nominee for the Fantasy Award, and he won the first Bram Stoker Award given in the category of “Best Poetry Collection”.