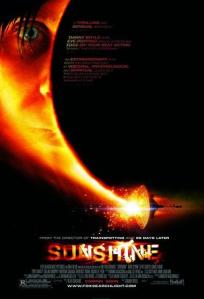 They say all good things must come to an end in 2057 the sun is dying and the Earth is beginning to freeze.  The space ship Icarus I was sent to re-ignite the sun but the ship was lost seven years previous. Captain Pinbacker (Mark Strong) and his entire crew are felt to have died in their attempt.  So now it is time for the Icarus II to make its long trip to the sun using its stellar bomb payload.

The film opens with the crew of the Icarus II about to pass into the dead zone where they will lose all communications with Earth.  Physicist Robert Capa (Cillian Murphy) is creating one last message to send to his family back on Earth, while others take the time to work or relax.

However as they continue their voyage communications officer Harvey (Troy Garity) hears something that should not be out there.  There is a distress beacon and of all things it’s coming from the lost Icarus I.  Captain Keneda (Hiroyuki Sanada) asks Capa if they should make an attempt to rendezvous with the original Icarus.  Capa eventually comes to the conclusion that they should indeed set course to rendezvous with the ship, but this is where things begin to go bad.

There is a miss calculation by navigator Trey (actor) that causes severe damage to some of the ships mirrors.  This requires a dangerous spacewalk that eventually leads to some tragedy.  As they remainder of the crew travels to the Icarus I they have to deal with this sudden loss and the change of moods.  Things only get worse when they doc with the Icarus and find that there is no real damage on the ship.

This is where director Danny Boyle gets into the meat of the story.  There is a major surprise hidden on the original Icarus that awaits those who have docked with the ship.  The members of the Icarus II begin to dwindle as there are accidents on board and eventually maybe murder as well.

As in most of his films Danny Boyle does an incredible job of framing and setting the location of the film.  The images of space, the ship, and the crew’s quarters are done extremely well. Boyle also uses his ensemble class to tell a story that could be transported to nearly any location as the backdrop story is simple, survival.  There are images in this film that can be shocking but at the same time beautiful.

The one thing we don’t get is how bad things are back on Earth as the ship travels as we are not really shown what is happening to the planet as the sun slowly dies.  The time when we do we find an iconic piece of modern construction shown in an element no one would expect.

Sunshine may not seem to be a true horror film too many as the film is more plot driven then anything.  The film does not have your topless teenagers or those out having sex, but the film can be scary. The key to the fear in this film is watching the convictions of the true antagonist.  Seeing what lengths the antagonist will go through to stop the mission of the Icarus. So, if you can allow yourself to watch more of a sci-fi horror film you will find another Danny Boyle masterpiece.  To close just a few others you will find in the cast as you watch the film; Chris Evans, Michelle Yeoh and Rose Byrne.