The Search for Originality

I’ve always wondered if William Shakespeare ever struggled with what he considered original stories. Think about it. At that point, humans had been coming up with stories and scratching them out for thousands of years. All the weight of that ancient Sumerian storytelling must put a heap of pressure on old Bill to, you know, be original.

I’m being silly here of course, but it’s just another way to bring up the old, but very true adage: there’s nothing new under the sun. This has been true for a very long time, but I do admit, it feels extra true nowadays. The internet has led to a boom in the content of every medium imaginable. There’s just so much stuff out there. How can a writer ever hope to be original?

Well, there are a few approaches that people can take. A lot of writers have embraced the world they live in, leaning into the remix culture. It’s a delicate balancing act, taking from everything that’s come before with a wink and a nod to the past. Do it right, and the results can play as well-read and playful. Do it wrong, and it comes off hollow.

I’d say the best examples of this approach come from Quentin Tarantino. In a summary, his work might play as completely rote, even played out. The pieces of the puzzle might not be new, not original, but the feel of it, the music so to speak, is its own thing. I haven’t gotten around to reading Ready Player One yet (I do plan to), but it certainly looks like one of the most divisive “geek” properties I’ve ever seen. People tend to love it unabashedly or dismiss it as crass, nostalgia-driven junk food. One way or another, the music isn’t there, at least not universally.

The other approach, of course, is just to keep fighting the good fight and trying your damnedest to craft something new and different. It’s a fool’s errand of course, but sometimes it’s the refusal to give up that counts. I tend to lean in this direction, even if I know full well that I’m no more original than the next guy. Overly referential work without finesse just comes off as lazy to me, so, if only to placate myself, I try my best to make things that feel different.

It’s not so much about form or language, it’s just trying ways to turn a plot in a way that, hopefully, keeps the reader guessing. It might just be a small twist on the usual formula or a red herring that plays with your expectations. For my novel, Still Dark, it was all about the antagonist, Apex. The reader almost immediately understands what he is, because all the markers are there, all the signifiers you expect for this sort of villain. It’s not until much later in the novel that you even question your assumptions. Whether or not I, or anyone else, is successful, is up to you. 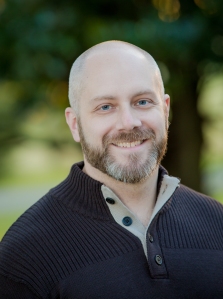 When a thunderous explosion rocks an idyllic cabin resort in the Great Smoky Mountains, animals and humans alike begin to act strange. Jim, along with his wife Laura and son, Sam, are cut off from the outside world, but they soon realize the true nightmare is just beginning…

Deep in the snow-covered woods, something is waiting. The creature calls itself Apex, and it’s a traveler. Reading the minds of those around it, Apex brings the terrifying fears hidden in the human psyche to life with a singular purpose: to kill any that stand in its way.

Locked in a fight for their lives, Jim and his family must uncover the truth behind Apex, and stop the creature from wreaking a horrifying fate upon the rest of the world!