This is a topic I’ve mused upon for many years, and when the remake of Pet Sematary came out last year, featuring a ghost girl of sorts, the thoughts returned to me. Why is it that I disliked Samara in The Ring, but loved Sadako in Ringu? It couldn’t just be that one was the original whilst one was a remake. It couldn’t be that they changed the name for a western audience. It couldn’t just be the different actress. So here I’ve decided to break down the two presentations of the character from the two most well known adaptations, 1998’s Ringu, directed by Hideo Nakata, and Gore Verbinski’s 2002 remake, Ring, to try and place my discomfort.

We first have to acknowledge a difference in how we are first exposed to Sadako and Samara, which is deeply cultural in origin. Sadako’s story is given to us by having one of our protagonists experience visions of Shizuka’s psychic performances which led to her slander, suicide, and the unfolding of events around Sadako. With Samara, however, the equivalent information is revealed through a series of tapes, including some interviewing Samara about her powers. Here we see that there are some things that have been changed in the cultural translation; that the spiritual, psychic reveal has been altered for a technological one. We can reason that this is because the supernatural version would be more plausibly received in Japan than the US, where a scientific, technological explanation has been given (this is a slightly stereotypical explanation, but it seems to fit). This doesn’t change anything to do with the character, but does highlight that the changes are more than just the name. 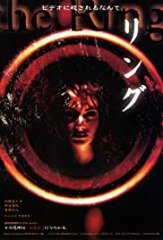 Now we get to what we are shown in these reveals, our antagonist, and it is here that I begin to feel the difference. In Ringu, Sadako flashes, never utters a word. The journalist who calls out Shizuka for fraud keels over with a heart attack, and we have a ringing in our ears. Then, when Shizuka calls out Sadako, and we have the memory of the word ‘Sada’ on the tape, things fall into place. We still haven’t seen her. But when little Sadako runs into Asakawa, transplanted into the dream, and we see her ripped fingernails clench around her wrist, we know that something is seriously wrong, and violent.

At the well, we have another flash of a young woman (Sadako) with long hair peering into a well, before being bludgeoned and tossed inside. All without seeing her face; without hearing a word. A few minutes later we get the reveal of her skeleton, rotted away from decades in the dark, alone, having tried to claw her way out of the well. In all of this we have never heard her voice, seen her face; nothing that makes her an individual. She is a figure repressed, pent up, who has murdered four people already, and has a curse on several more. She is disembodied, silent, vengeful wrath, inhabiting a mere shell.

And this is what we see in the final, climactic scene of the film with Sadako crawling out of the television. It is slow and laborious, her kabuki-theatre-styled movements like someone unused to using their limbs, like a force possessing a body. She slowly stands, arms creaking, shuffling across the floor. You get the feeling that it doesn’t matter that she’s moving so slowly, because she’s just come out of a damn videotape. You’re dead anyway. And when her hair finally lifts, all we get is a swollen, veined, wrathful eye. No mouth, no nose, not even both eyes. Just the one, expressing all the rage and malice that has built like a brewing storm.

When we look at Samara’s presentation, what we get is a much more personal, humanised take on the character. Verbinski and writer Ehren Kruger give Samara a personality, and by giving her a voice and letting us see her face, try to create a distinct individual behind the long hair. They present us with a wronged child, instead of the repressed (and wronged by default) woman.

The trouble with this is that, in my opinion (and this is an opinion piece, let’s be fair), when you give a child a voice in a film, and especially an antagonistic child, you need to make sure that the child actually comes across as malevolent. For me, she comes across as a little annoying, and too much like a young child to feel particularly threatening.

We have the same issue seen with the original, silent Michael Myers in Halloween (Carpenter, 1978), as opposed to the remake by Rob Zombie (2007). By giving Myers a voice in his past, it strips some of the mystery away from the character, and his place, as a surrogate for evil has been replaced by a clichéd journey of a troubled child into psychopathy. For me, the same thing is present here in The Ring. These interview scenes don’t seem much different to Charlie’s incarceration in Stephen King’s Firestarter, and at least there we had Charlie as a main character for hundreds of pages beforehand, and were hoping for her escape. It’s a different take, a different look at the same character, but for me, much of the malice is taken out of Samara by attempting to present her as a person.

And in the final scene, a number of changes in how the TV-crawl is handled have been implemented. Instead of just using the television as a medium to record herself and emerge into the real world, Samara is part of the television itself, glitching and glowing as the image renders. She’s not fully part of this world anymore, but still connected to it, more of a ghost than a real, sinister presence. A downside to this is that you have to believe the CGI on Samara as well. She’s much quicker than Sadako here, out of the television in seconds, on her feet almost instantly, and teleporting across the room for a jump scare. She wants to be there and in your face, as opposed to Sadako’s wrathful judgement. It’s far more personal, as if there’s a specific grudge to bear against individuals inside Samara, whereas Sadako didn’t care because there was no humanity left; it had been hollowed out and filled back up with sheer hatred. Samara is specified revenge; Sadako is revenge personified.

The Ring also includes a Hollywood-style cross-cutting, with Rachel rushing across town to try and save Noah. I’m all for cross-cutting for tension building; it’s one of those techniques which works 80% of the time. But here it dilutes what made the original scene’s sense of inevitability. By not leaving that room whilst Sadako emerged, you were trapped in there along with Ryuji, and the slow, laborious way in which the scene played out kept you transfixed. You forgot the rest of the world existed, and focused only on the threat that had emerged before you.

Another aspect of the vocal/silent change is that we feel in the final scene that we might have a chance to reason with Samara, because we’ve seen her asking about her mother, and interacting verbally with the doctors. With Sadako, when she emerges from that TV set, you know that there’s no chance of getting out alive.

I’m of the opinion (in general), that Ringu is the superior film over The Ring, but then I’m of the opinion that Suzuki’s novel is even better than the film (seriously one of the best horror thrillers I’ve ever read). In both films we have fairly different interpretations of Sadako; a silent embodiment of sheer wrath and female repression in Japan, and a personal, paranormal grudge spilling out of control in America. With Sadako, her interpretation plays into the overall doom-laden, dark and dour atmosphere of inevitability which the film creates. In Samara, a more humanised manifestation leads to a stylised paranormal revenge story to suit a mainstream western audience.

I don’t disagree with trying what the remake attempted in Samara, because sometimes humanising a villain makes them scarier, that we know they’re human (or nearly) and can still do what they do. Here, however, was not the right time to do it. That doomy dread becomes a stylised shocker which never hits the same nerve, and Samara’s ‘can I see my mommy?’ removes all of the terror from my antagonist. The Ring isn’t an awful movie in itself, and there are certainly worse adaptations the US has done of paranormal films from Asia in the last few decades, but I’ll go back to Ringu and Sadako Yamamura over Samara Morgan all seven days of the week.

-I discussed the original Ring novel a few years ago in relation to M. R. James’ short story, Casting the Runes, and their handling of deadlines in horror literature. You can read it here: https://horroraddicts.wordpress.com/2018/08/06/odds-and-dead-ends-analysis-of-casting-the-runes-and-ring/

-And if, after that, you want to jump on the M. R. James wagon for more ghostly thrills, I did a recent analysis of the BBC adaptation of A warning to the curious, which you can read here: https://horroraddicts.wordpress.com/2020/06/14/odds-and-dead-ends-the-danger-of-the-future-in-a-warning-to-the-curious-by-m-r-james/