HorrorAddicts.net is proud to present a sneak peek into Plague Master: Rebel Infection by H.E. Roulo. Please enjoy this excerpt from Chapter 14.

Trevor is hailed as a hero for returning with a vaccine for the zombie infection. His celebrity also makes him a dangerous threat to the powerful Founders of his homeworld. Revolution is in the air, and Trevor is caught in the middle. He is forced to seek help on other worlds and becomes trapped on a snowy hillside.

He rushed a dozen steps up the steep incline, barely noticing a soft shifting sound. A gray hand reached from the snow and yanked his arm. Caught unaware, Trevor fought for balance, instinctively reaching toward the ground for balance. A gaping mouth opened in the snow. The ice-coated zombie who’d grabbed him caught Trevor’s fingers between oil-slicked teeth, snowflakes pristine on its cold lips. Its tongue squirmed against his woolen glove.

Twisting his hand into a fist, Trevor rammed it forward with his momentum, scraping between gaping teeth and into the back of its throat. His other hand slammed his wrench into its bottom jaw. The joint shattered. Torn muscle flexed uselessly in the cheek his blow laid open.

The jaws tried to close, gnawing weakly at mitten and coat sleeve. Trevor lifted the wrench again and slammed it into the temple of the zombie. It lay still.

Panting, he yanked his hand out, not stopping to retrieve the soggy glove that bunched against the back of the skull’s teeth.

He stared at the stranger’s broken face, heart pounding. Man or woman, he couldn’t tell, but no cure would bring this zombie back.

“It’s not because you’re infected.” He yanked his wrench out of the zombie’s head, flicking away blackened matter. “It’s because I’m human.”

He’d started with the best intentions, but he’d fight for his life, even if someone else had to die.

Snow shifted on the hillside.

Trevor hopped several paces to the side, wrench held ready. Up and down the hillside, more zombies stirred. Dozens had followed him over the cliff, making random buried mines of teeth and grasping limbs. Traveling uphill was impossible with so many lying in wait. 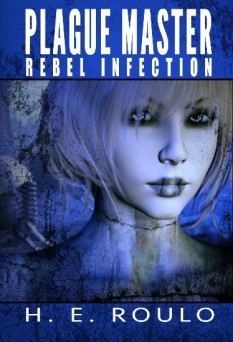 Grateful he hadn’t broken a limb when he fell, he ran downhill at an angle, hoping to find a less steep and treacherous way up.

Snow rustled and crunched as they stirred behind him. The zombies pursued. He hadn’t meant to be such a good distraction.

Read more excerpts and see behind the scenes of the PLAGUE MASTER trilogy. 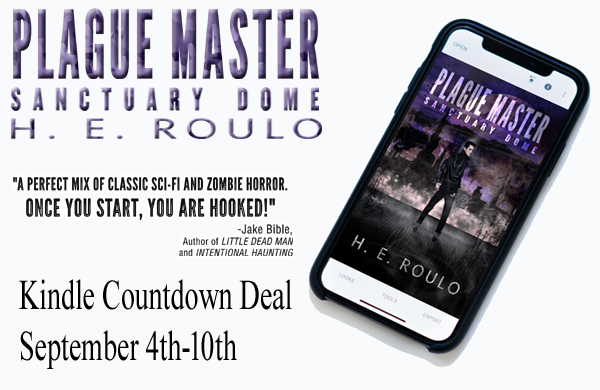