Gunnar Hansen never planned on becoming an actor, but circumstance sometimes has a way of putting a person where he or she needs to be in spite of themselves. Such was the case with Mr. Hansen.

He was born in Reykjavik, Iceland on March 4, 1947. After spending his first five years there, his parents moved to the United States, first settling in Maine but later moving to San Antonio, Texas. His time in San Antonio was brief however, as his parents soon decided upon taking up residence in Austin, where young Gunnar eventually attended the University of Texas where he got degrees in both English and mathematics before moving on to graduate school where he first focused on majoring in English. Still, his studies didn’t e prevent him from participating in some student film-making projects.

During the summer of 1973, just after leaving graduate school, he learned that some local film makers working on a horror movie were still searching for someone to play the killer. In his own words Hansen describes what happened next:

“I had been in some plays in college, so I tried out and got the part, figuring it would be a much better summer job than tending bar or pounding nails. And, I figured, it would be something fun to have once done. I never thought the movie would amount to anything more than one more nasty little horror pic. Well, I was wrong.”

,The film he speaks of here came to be known as The Texas Chainsaw Massacre, one of the very first slasher films. By playing the part of the chainsaw swinging psychopath, now known as Leatherface, Gunnar Hansen earned himself a special place in the history of classic horror.

After the box office success of The Texas Chainsaw Massacre, Gunnar was offered a part in Wes Craven’s The Hills Have Eyes, but he turned down the role and instead, went back to graduate school. In 1975 he returned to Maine where he took up residence in a village on a small island off the coast. It was here that he focused on his true passion, writing.

For years Hansen wrote and edited for various magazines before moving into the realm of film and book writing. In 2013 he penned and published a book entitled, Chainsaw Confidential, which describes how the film he is most linked to was made.

Although acting was never his main interest, Gunnar made appearances in over 25 films, including The Demon Lover in 1977 and Swarm of the Snakehead, a horror/comedy in 2006.

Gunnar Hansen died on November 7 of pancreatic cancer at the age of 68. In spite of his many accomplishments, he will always be best known for his ground-breaking role as the chainsaw wielding Leatherface in the original version one of the greatest horror films of all time, The Texas Chainsaw Massacre. Thanks for taking the job, Gunnar! 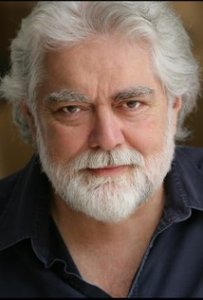