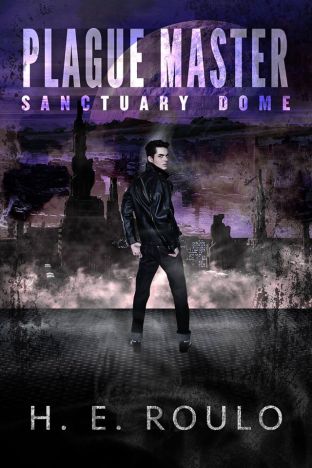 On February 29th Horroraddicts.net publishing released its newest book: Plague Master: Sanctuary Dome by H.E. Roulo. She has had stories in other Horroraddicts.net publications such as:   The Wickeds, Horrible Disasters and  Horror Addicts Guide To Life. She has also been on the Horror Addicts podcast on several occasions and won our Most Wicked award in 2009. Much of H.E. Roulo’s writing mixes horror and Science Fiction and her latest book is no exception. My full review is below:

Some teenage boys dream of getting a car or having a nice girlfriend. When you’re a teenager who lives in a run down neighborhood on a planet that is being over run by zombies, you dream of helping your planet’s army kill them all. Trevor wanted to do all he could to help his planet and jumped at the chance to be zombie bait. The soldiers send him into buildings to draw the zombies out and he gets to feel like he is helping society.

Life changes quickly for Trevor as he saves his dream girl but finds out she is infected. Trevor then escapes his planet and ends up in the Sanctuary Dome where the people infected with the zombie virus stay until they are changed. On another planet not far away, a teenage girl named Samantha is trying to find her missing brother and believes that the person responsible is a man named Julius. Julius is a rich man and his money built the Sanctuary Dome, can he be responsible for murder? Secrets are being kept under the dome and soon the zombies will be free to infect the universe.

Plague Master Sanctuary Dome is a book that horror fans and Science Fiction fans will enjoy. Science fiction fans will love the futuristic mythology and the political system that reminded me of The Hunger Games. I love the concept of a dome on another planet where diseased people are kept and the technology they have to see if someone is infected. I also liked how different the zombies are, they can be fast-moving or slow-moving based on how they were infected.

My favorite part of this book was Trevor’s story. Trevor is your average teenager thrown into a harsh situation. He simply wants to protect his family and everyone else on his planet but he finds out that everyone has an agenda and nothing is as it seems. He is used as zombie bait by an army that doesn’t care about him because he is from a poor area of the planet. While he sees himself as helping people against the zombies, his father is against what he is doing and is the only one who is looking out for him. The relationship between father and son is easy to relate to, Trevor’s father just wants to protect his son but Trevor is naive and thinks he knows whats best for himself.

There may be a lot of zombie books out there but Plague Master: Sanctuary Dome is a fresh spin on the genre. What I liked best about it was the characters who are mostly young people who were forced to grow up to fast. Not only do they have to deal with zombies they also have to deal with a corrupt political system that doesn’t have everyone’s best interests at heart. This book has something for everyone. Younger readers will like the action and the characters while older readers will like the setting that H.E. Roulo created. This is the first book in a trilogy and it will be exciting to see where the story will go next. 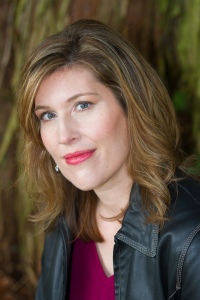 Find out more at heroulo.com