Not directly Halloween related, but since it feels like The Year of the Clown, why not? Yeah, warning: Clowns Ahead. I don’t know why I appreciate evil clowns so much, but I totally do. Maybe it’s because clowns don’t bother me, maybe it’s because at least the evil ones pretty much wear their intentions on their sleeve, I don’t know. But the whole archetype intrigues me, as well as people’s reactions to it. Which makes me write little pieces like this. You’re welcome.

They waited in the toy box, neglected and hidden under other, more comforting toys. They waited in the circus, that razor-edge place of dream and nightmare. They waited in cars, crammed shoe-tip to shoe-tip, nose to nose, stale breath that reeked of peanuts and spun sugar. They sometimes escaped to the real world and showed up at parties, though somehow children always knew better than to look them in the eye. Sometimes, sometimes they’d get lucky and escape from the Other Places, the In Between places, and show up in the Real World to lurk in the woods, or backyards, or under street lamps. Always, always under a shadow, under ‘did I really just see that?’ a film of disbelief. Even then, they waited.

Soon the ringmaster would cue their act, soon the hand crank would play the tune that sent them rocketing out of their boxes, soon the cords would be cut free and they could drop pretenses of entertainment, of magic and face paint, to show what truly lurked underneath. Soon laughter and unease would dissolve to screams and tears, the jokes wouldn’t stop until the screams and pleas finally died down. The car doors would all pop open and their streams of shrieking numbers would come pouring out, soon the thin band of decorum that kept things from getting too out of control would snap. No vigilante mob or well-meaning officials could save anyone. Soon, soon the music would play, the end of the world would come, and the circus would truly begin. Soon, thousands of gleaming, hungry eyes would snap open from Elsewhere, and find that they were finally, finally here.

Soon, the clowns would hunt and everything else would begin. 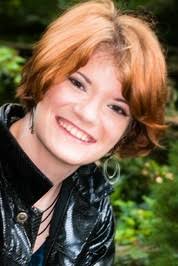 Selah Janel writes various combinations of fantasy and horror, usually put through her own unique filter. Check out her blog at http://www.selahjanel.wordpress.com find her on Facebook at http://www.facebook.com/authorSJ and catch her on Twitter @SelahJanel

One thought on “Kidnapped! The Moments Before by Selah Janel”