Christine (C.A.) Verstraete enjoys putting a little “scare” in her writing. She follows the murder trial and offers a twist on the infamous 1892 Borden murders in her book, Lizzie Borden, Zombie Hunter. She also looks at the murders from the viewpoint of Lizzie’s doctor 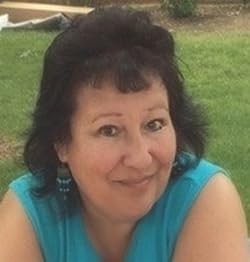 in her latest, The Haunting of Dr. Bowen. Other books include a young adult novel, GIRL Z: My Life as a Teenage Zombie, and books on dollhouse collecting and crafting. Christine’s short stories have appeared in various anthologies including: Descent Into Darkness, Happy Homicides 3: Summertime Crime, Mystery Weekly, and Timeshares, Steampunk’d, and Hot & Steamy: Tales of Steampunk Romance, DAW Books. She is an award-winning journalist published in daily to weekly newspapers, and in various magazines. Her stories have received awards from local and national newspaper associations, and the Dog Writer’s Association of America.

Christine is a smart and accomplished lady. We discussed historical horror, her writing style, and Lizzie Borden.

NTK: Welcome to Chilling Chat, Christine. Thank you for chatting with me today.

CV: My pleasure and thanks for taking the time to talk.

NTK: You have a background in journalism. How has this influenced your writing?

CV: It makes me more detail-oriented, I think. I’m used to looking things up and doing research.

NTK: Did this help you when writing Lizzie Borden: Zombie Hunter?

CV: I did do a lot of reading and finding research of the period. The real autopsy reports and crime scene photos actually inspired the book idea. 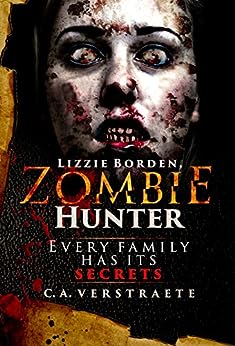 CV: If you read the autopsy reports detailing the injuries and look at the photos, it’s plausible (in the horror sense) to think why else were they hit in the head? It was an awful, brutal crime, so I guess this gives a better reason than the standard hate/greed/family dysfunction/dissatisfaction.

NTK: What made you portray Lizzie as a hero?

CV: Using that [zombie] premise, I thought Lizzie had to have a good reason to kill, other than being a monster herself. What if she was trying to protect her town and her sister from this unbelievable evil?

NTK: Were you influenced by some of the historical horror novels like Abraham Lincoln: Vampire Hunter?

CV: I hadn’t read ALVH until later, but loved it! I really enjoyed the movie.

NTK: You have an interesting take on the case and an interesting “What if?” Stephen King has spoken of how he uses “What if?” when thinking of an idea. Is that how you write? Do you look at a situation and say, “What if this happened?”

CV: I wish I was as prolific-thinking as him! My ideas seem to come out of nowhere, then I stew on them a bit and see what they develop into. I have to get excited about the idea to stick with it.

I guess I’m so structured in news-writing that fiction is looser—in the idea stage, anyway.

NTK: Your style is very crisp and direct. What writers have influenced you?

CV: It’s probably the news background. I know I don’t like reading or writing, long, meandering sentences. I loved reading Royko in The Chicago Tribune. Grew up on King who, of course, can be rather wordy at times. (Laughs) I went through different periods of loving different authors, classic and contemporary—Dean Koontz, Heinlein, loved Saul Bellow too.

NTK: I have to ask. Who do you prefer? King or Koontz?

CV: Probably King, as I’ve probably read more from him. I loved that he did a sequel to The Shining (and it did well.) The recent It movie was fun too.

NTK: Did King get you into horror?

CV: Well, I grew up on Creature Features on TV, the Crypt Keeper, Night Gallery, and reading King. (Laughs) Salem’s Lot is a favorite I still like to reread now and then. I just picked up a copy of Carrie to read again after many, many years.

CV: The TVs shows, I just mentioned are favorites.

NTK: Do you watch The Walking Dead?

CV: Yes—when I can. It’s addicting! [As to books] I also really liked reading I Am Legend and plan on reading Matheson’s other books. It’s writing that makes you savor the sentences. I love old creepy movies, even the corny ones—and, anything with Vincent Price!

NTK: Vincent Price starred in many historical pieces. Is that what got you interested in that type of horror?

CV: Most likely. He had that mesmerizing voice. I also liked Edgar Allan Poe. I still remember seeing The Tell-Tale Heart at the theater. One scary movie!

The older movies really got me hooked, classics like Dracula, Frankenstein, and Bride of Frankenstein. And, The Wolfman of course.

I guess after all that; it made sense that I finally turned to writing creepy stuff!

CV: The Tell-Tale Heart. I recently re-read The Black Cat, also very eerie and still packs a punch. Maybe, that’s why I like putting a little twist in stories, like I did in Lizzie Borden: Zombie Hunter and, the sequel, Lizzie Borden, Zombie Hunter 2: The Axe Will Fall. 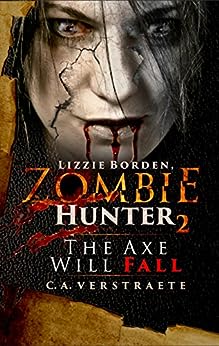 CV: (Laughs) Yes, I’m that twisted. I do enjoy creating Halloween miniatures. I had fun doing my first Halloween dollhouse and thinking how creepy I could get. Far as I know, nothing has moved of its own accord in there…yet. I am planning another haunted house but less gory this time.

NTK: Cool! You spoke of Lizzie Borden and the sequel. Do you have other work concerning Lizzie and her time period?

CV: There’s also a companion novella, The Haunting of Dr. Bowen, told from the viewpoint of Lizzie’s doctor and neighbor. He was the first official on the murder scene, and I wondered how could that, and the city’s bloody past, have affected him? It’s kind of a ghostly love story as well. I wanted to try something different and had fun writing it.

NTK: What does the future hold for you? Do you have plans for new work?

CV: Oh, the mind never rests, you know. (Laughs) I have a longer short story that I may re-edit and put out again. I was toying with some ideas for book 3 for Lizzie. I love writing about the characters.

The first book, Lizzie Borden, Zombie Hunter, follows the trial and real-life events with the addition of zombies, of course. I had to follow more fictional events in the sequel to continue the story, but I liked coming up with a new weird angle to the story.

A big thrill was [when] the newspaper in Lizzie’s hometown did a story on the book when it first came out. That was fun.

NTK: Do you think the Lizzie in your universe is cursed?

CV: She’s fighting evil and learning that her father may have been part of that evil…you can’t get more cursed than that. That could be why she feels obligated to do what she can, even when everyone blames her for the horrors. Much like in real life, she was acquitted but still treated as a pariah and considered guilty.

NTK: As you know, Season 13 of HorrorAddicts is CURSED! Do you have a favorite curse? If so, what is it?

CV: I do love the old gypsy curse in the classic Wolfman movie…Larry Talbot’s a monster, but you can’t help but feel his pain and feel sorry for him until the curse is broken…

CV: I’ve enjoyed chatting with you. Thank you.