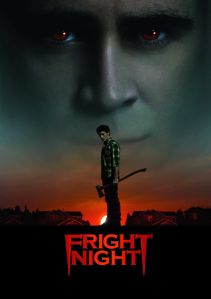 Answer ONE of the following questions in the comments and be entered into the drawing to win Jessica Robinson’s book.

Answer  ONE of the following questions in the comments and be entered into the drawing to win Jessica’s book.

Horror and slasher films are often dismissed for their apparent lack of sophistication and dearth of redeemable values. However, despite criticism from film snobs who turn up their noses and moralists who look down upon the genre, slasher films are more than just movies filled with gory mayhem. Such films can actually serve a purpose and offer their audiences something more than split skulls and severed heads. In Life Lessons from Slasher Films, Jessica Robinson looks at representative works that have been scaring audiences for decades—from Alfred Hitchcock’s seminal shocker, Psycho, to the cult classic Black Christmas and iconic thrillers like The Texas Chainsaw Massacre, Halloween, Friday the 13th, and Scream. In this book, Robinson examines common themes that have emerged in these films, their various sequels, and countless imitators—a maniacal and seemingly indestructible executioner, sexual encounters that invariably lead to death, increasingly gruesome ways to slaughter helpless victims, and a lone female survivor who finds a way to vanquish the killer—and looks beyond such tropes for what these films can teach us about life. From practical advice (listen to your elders) to moral platitudes (teens never learn), each chapter considers a different “lesson” that these films teach. Robinson discusses how the events portrayed in slasher films can resonate with viewers and perhaps offer constructive advice on how to conduct our lives. A fun read for fans and scholars alike, Life Lessons from Slasher Films offers an entertaining and persuasive look at how life can imitate art, and what art can say about life.