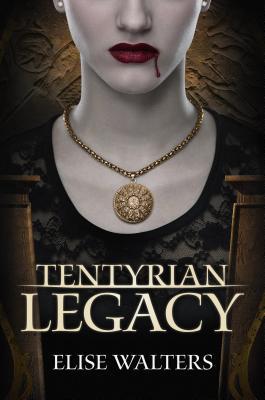 Arianna Parker always knew she was different—but she never could have known she was the prophesied descendant of an ancient Egyptian vampire race. Nor for that matter did she think she would fall in love with a 2,225 year old vampire. Arianna’s forbidden romance takes her on a path of self-discovery where she learns she is destined, along with a secret order of vampires, to save the world.

Elise Walters is a marketing executive with over seven years of experience in the advertising and marketing industry. Elise has helped articulate the value propositions for a wide array of products – from birth control to checking accounts. If her career has taught her one thing it is the importance of crafting a story, a skill she has translated into her debut novel Tentyrian Legacy. Elise graduated from Wake Forest University in 2007 with a B.A. in English. While her career led her into advertising, her passion for literature was one she continued to nurture as an avid reader. That passion began at the age of 12 when Elise ordered her first batch of romance novels from amazon.com. With titles by Catherine Coulter and Nora Roberts, she hid her books, embarrassed at their lack of age appropriateness and scholarly pedigree. However, it was those books that helped shape her teen years by offering an escape to the awkward time of adolescence. In college, Elise specialized in Victorian literature and well-worn copies of Jane Eyre and Emma were never far from reach. However, teen romance favorites like the Twilight series also stacked the shelves.