The first book I want to talk about is Look Back in Horror: A Personal History of Horror Film by Jason Malcolm Stewart. This is an intimate look at the impact of the genre’s films in the life of suspense author, J. Malcolm Stewart. Part memoir, part retrospective and part love-letter, Look Back in Horror celebrates the films, actors and directors that made horror history. From the Golden Age of Hollywood, to the Hammer Films Revival of the 60’s to the New-School Horror movies of today, Look Back in Horror relives the cinema moments that shaped our lives and warped our brains. 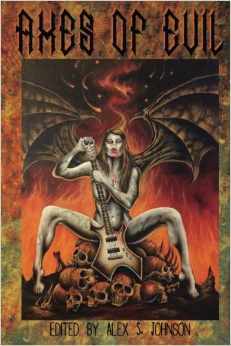 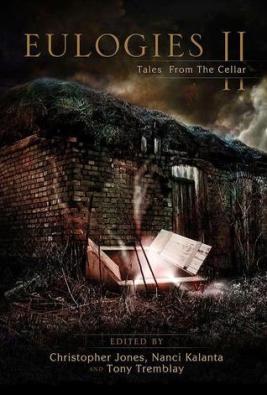 The last book I want to mention is another anthology called Eulogies 2: Tales From The Cellar .Shakespeare said, “All the world’s a stage, and all the men and women merely players.” The contributors to Eulogies II seem to be saying, “All the world’s a cellar, and one only need pull open the bulkhead doors to catch a whiff of the stench, or to walk down the damp, crumbling concrete steps to brave an encounter with what creeps, crawls, or festers in the darkness.” In most cultures, hell is known as a place underneath, down below, in the dark where it is either unbearably hot or unbearably cold, where terrible circumstances overwhelm or even destroy those who wander there. Hell is the ultimate cellar. So it’s no wonder the idea of going down stirs up such a sense of dread. And our life experience is filled with cellars. Cellars of place. Cellars of time. Cellars of circumstance. They can all hold dark, horrifying, and unseemly secrets. From the Introduction by Elizabeth Massie